By the Numbers: Who Are Military Spouses? 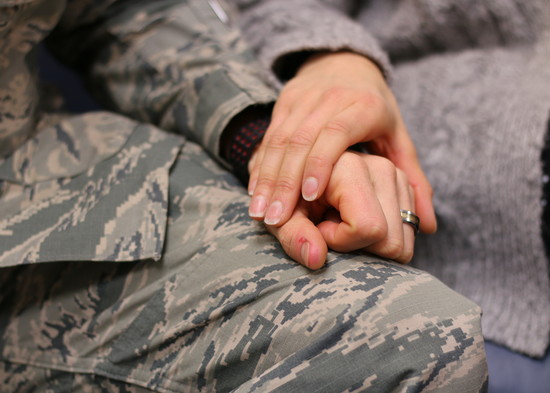 Released in July 2016, a new report developed by the Institute of Veterans and Military Families at Syracuse University examines data from a series of studies on military spouse employment. It espouses ten military spouse employee characteristics that serve as the basis of a business case for leveraging their talent in the workforce.

The report finds that the value of military spouse employees has largely gone unrecognized, and this group experiences significantly higher rates of unemployment and lower wages than their civilian counterparts. Funded by Prudential Financial, the project marks the first time a non-military support organization has been a part of such an effort. All past reports and studies have been produced military affiliated organizations or the Defense Department, according to Military.com.

A Closer Look at Military Spouses:

They are highly entrepreneurial.

Blue Star Families’ 2014 Military Family Lifestyle Survey, found 28 percent of military spouse respondents have either been self-employed or operated their own business. Another 34 percent are interested in online or work-from-home opportunities. They are well-educated.

Among active duty spouses, 25 percent are enrolled in some type of training or education. Another 43 percent reported that they would like to be.

They are competent and confident multi-taskers.

According to the report, military spouses--often without warning and frequently out of necessity--find themselves playing multiple roles: part-time single parents; movers; event and social planners; employees; financial managers; and support group leaders.

Yet despite wearing all those hats, 75 percent reported feeling confident in their ability to handle problems.

According to Military.com, military spouse employment experts hope that businesses see Prudential's investment in this report, and take time to examine the subject for themselves.

It is the first in a series of three planned reports. The next two reports will present a series of military spouse case studies, and offer managers guidance on recruiting and hiring military spouses. The additional reports are expected to be released in late 2016.