The Importance of Mentors 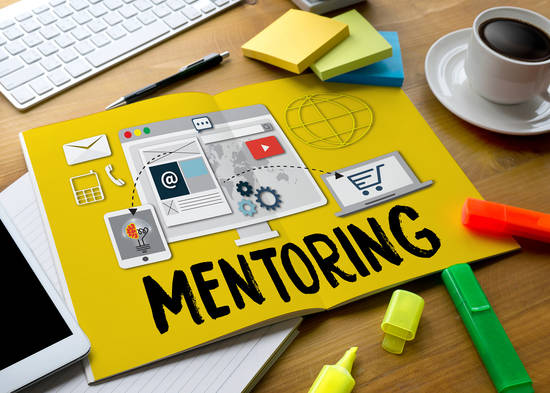 A mentor is formally defined as wise and trusted counselor or teacher; and as an influential senior sponsor or supporter. They serve as our touchstones, especially in the military community. Their advice can put us back on our intended path when we have gotten stuck in the weeds.

Sometimes They’ll Tell You Things No One Else Will

“An old personnel supervisor was a close friend and an instrumental mentor who inspired me,” related one Army veteran. “He said, ‘You have to get serious about your career if you want to stay in.’ A light bulb went off for me, and I decided to put my own career plan in motion. If it wasn’t for strong leadership and mentoring, I wouldn’t be the person I am today.” Those words set him on a promotion path from sergeant (E-5) to staff sergeant (E-6).

Some mentors show others the way by doing it themselves. “My commanding officer would get outside and do things in the yard and help us. I like to say that he led from the front, not from the rear. By showing us that he wasn’t afraid to get dirty, he set such a good example for us, so we had more respect for him and we listened to him,” one Sailor recalled.

Another Marine remembered, “I had very tough commanding officers who happened to love me – so it was a great experience. They never put me in a situation that they wouldn’t go into themselves. It all boiled down to top-notch training. They taught me how to be proficient at my job, to be safe, and to go at things the right way.”

“I worked in a small unit and I was the youngest by fifteen years,” said a Sailor. “Two of my superiors really took an interest in me when I was fresh and green. They guided me along and groomed me for my promotion to E-5. By watching them, I learned what it takes to be a good leader. They also taught me how to watch out for junior personnel. I never forget their example when I have people working under me now.”

What A Mentor Is NOT

Mentors provide advice and guidance and often help guide you through challenging situations or transitions. They may even connect you with people or opportunities. However, IT’S NOT THEIR JOB TO GET YOU A JOB, AN INTERVIEW, OR A PROMOTION. That’s on you.

The best mentor relationships come about naturally. It’s possible someone may also be mentoring others, not just you. So be patient if you reach out and don’t hear back right away.

Has your mentor already transitioned out? Then stay in touch, whether it’s by email, text, LinkedIn, or (ideally) grabbing a cup of coffee from time to time. Staying connected removes the awkwardness about reaching out when you do need their guidance. You don’t have to check in every week but take the lead in keeping the relationship going. And don’t forget to say “thanks.”

Often, having a great mentor has a multiplying effect, as one Sailor recalled when he began a new recruiting assignment. “The outgoing recruiter thought this guy was essentially a ‘lost cause’ because he was not performing well. But, I was new in the role and I decided to give him one last chance,” he recalled. “People learn best when they are helped and shown the way.” Over time, his report’s performance improved, and he ended up staying in his role as a recruiter, eventually promoting to E-7.

Mentors have picked up wisdom they can share with you through their own life stories and can be trusted voices when shaping a new career. They don’t have any agenda other that seeing others succeed. So, as “Toy Story’s” Sheriff Woody might say, “Mentors: if you don’t have one, GET one!”