“What I’ve Learned from Working with Veterans” 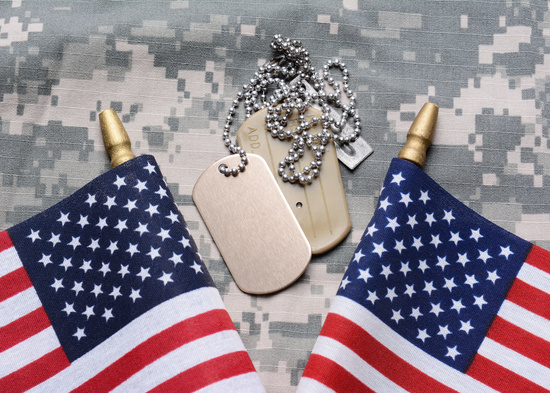 Ashley Conners works for Bradley-Morris/RecruitMilitary as the assistant editor of Search & Employ® magazine. Her husband is a specialist working in air defense artillery with the Ohio Army National Guard. Most of her co-workers are veterans, and she often interviews veterans with various backgrounds for her role in writing articles for the magazine.

Conners has learned a few lessons as a civilian surrounded by veterans in her professional and personal life. “My dad was an Army medic, and even though he was in the Reserves or separated for most of my life, the ‘Army way’ was still a huge part of my upbringing,” she said. “We were always early to everything. My sister and I would ask why, and my dad would say, ‘Early is on time, and on time is late.’”

“He always told stories from his Army days,” she continued. “One of the things my dad helped me understand was how someone’s life experiences helped shape the way they approach the world. That made me more open-minded when I worked with others.”

Conners has found that veterans come equipped with a greater problem-solving mentality than civilians. “If they come across an issue, veterans are more likely to push through and ask the right questions needed to solve the problem, especially in a team environment, such as: Do we need to pivot? What do we need to adjust?” she said. “That has helped shape my attitude about overcoming problems.”

“Failure is not an option for the veterans I have worked with,” she continued. “Every day I am surrounded by veterans who have an insane work ethic and are super team-focused. In my role as assistant editor for Search & Employ® we put in long hours to ensure that everything is done to get the magazine out on time.”

While a student at Mount St. Joseph University in Cincinnati, Ohio, Conners joined a club for veterans and veteran supporters. As one of the few civilian members, she valued the lessons she learned from the group and it quickly became one of her favorite involvements. “Sometimes our club would plan things and leading up to an event we’d be nervous because we didn’t know who would show up for it,” she said. “I learned that veterans follow through with their commitments. If they say they’re going to do something, they’ll be there.”

“Overall, being surrounded by veterans as a civilian has taught me to always be observant and learn everything I can from people who have different life experiences than me. Professionally, I’ve found that veteran colleagues raise the bar and my own contributions are elevated as I work to meet and exceed expectations. It’s a great environment for personal and professional growth.”

Read the latest issue of Search & Employ® and learn about ways to connect to the veteran community.