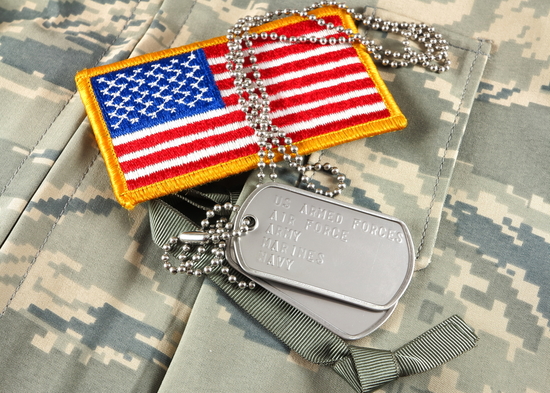 Have you attended a military base career fair yet?

In addition to our city-based career fairs, which take place in cities across the nation in exciting venues in cities across America, we also conduct veteran hiring events on multiple military installations. These military base career fairs provide excellent branding opportunities for organizations, as well as direct access to the veteran and military spouse population.

Military Base vs. City-Based Hiring Events

The primary difference between a military base event versus a city-based event lies in the demographic of the job seekers attending. At our city-based events, a large percentage of veterans attending have already transitioned out of the military and many of them have already held civilian jobs. They likely have grown in their experience and education since separating and are ready for the next step in their career.

At a military base event, exhibitors will interface with veterans who are predominately in the process of transitioning out of the military. This means most attendees at these events will not have civilian industry experience, so keep that in mind when talking with them.

A major bonus of meeting candidates at the transitory point in their military career is that service members are often open to relocation and may have one “free” move from the military awaiting them, which they will use if given the right opportunity. Organizations benefit by skipping moving costs as part of the recruitment strategy - allowing them to put that budget elsewhere or cutting that cost entirely.

See Our Infographic on Military Base Hiring Events.

Veteran unemployment numbers have mostly remained below the national average for the past ten years. What does that say about these individuals as workers?

Military veterans are motivated job seekers and will get snatched up by the competition if you don't have what they want.

Consistently low veteran unemployment means it’s a candidate market, and the competition for high-quality veteran talent is high. A military base career fair will put you in front of service members who are eager to jump into the civilian workforce for the first time, giving you the chance to grab in-demand talent right at the source.

Many employers recognize the strengths that veterans bring to the workplace, but are often limited in their reach to this group of highly-skilled leaders. RecruitMilitary brings you that access and connection in a few ways, but if there's one thing we know it's that building an effective veteran hiring strategy often requires FIRST building trust in your brand within the military community.

The military community is close knit. If your company isn't getting good word-of-mouth referrals or doesn't have strong recognition within this community, most veterans and military spouses will instead gravitate to something familiar - especially when first transitioning out of the military.

Building an effective veteran hiring strategy does not have to be complicated, but it does involve reaching the military community on a large scale. At a RecruitMilitary military-base career fair, organizations can brand themselves as military-friendly, while meeting active-duty candidates and military spouses on their turf.

Exhibitors love our military base hiring events. Here’s what a few have to say about them:

"The event was set up perfectly and the support from staff was fantastic. The military mindset and candidate quality are far superior to other events." -Exhibitor from the Job Fair at Fort Benning

"I have already suggested it to people looking for qualified candidates. We currently have two offers and two other candidates have applied for positions, so we feel this was a success." -Exhibitor from the Fort Hood Area Veterans Job Fair

"We had really great people we could speak with. In addition, the caliber of candidates are great because they are part of the military. The event was really organized and it was overall a great experience." -Exhibitor from the Job Fair at Joint Base Lewis McChord

"Military personnel make excellent team members for any business and this is a great way to get exposure and interact with those personnel who have interest in civilian jobs in your area and line of business." -Exhibitor from the Job Fair at Fort Benning

Want to learn more about our job fair candidates?