An Education to Change your Life 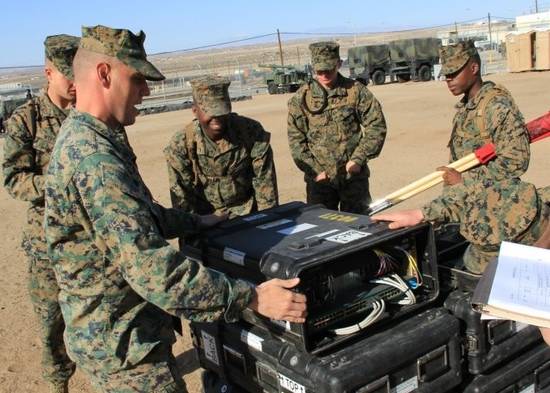 Grant Gibson is the executive director, military program, at MyComputerCareer and a very busy man. When I spoke to him a few days before Thanksgiving, he had just welcomed his fourth child, Erick Arthur Gibson, into their family.

Part of Gibson’s role at MyComputerCareer includes keeping an eye out for students and measuring their success. He loves that part of his job the most. And while every student matters to Gibson, he is especially invested in his military students. As a veteran himself, he understands the challenges they face.

ES: What is your involvement with the military program at MyComputerCareer?

GG: I am basically the driver of the program and do everything I can to connect with and support our military students. I go to RecruitMilitary job fairs to talk to prospective students, and I meet students here on campus. I tell them my story and what MyComputerCareer could do for them. I was never directed to do that by the company; I just strongly believe in what we have to offer.

ES: Tell me about your military service.

GG: I joined the U.S. Marine Corps in 2005. I was a lot older than most of the other recruits; I turned 27 in boot camp. As a 0621 Radio Operator, I got attached to the Incident Response Platoon, where I was the communications person for the EOD (Explosive Ordinance Disposal) security team. In both Iraq and Afghanistan, my team would escort the EOD out to the bomb and provide security while they operated.

ES: Which military skills help you in your current role?

GG: Being dedicated to mission accomplishment. I am often presented with situations where I have to stray outside of my normal job duties to be able to find a solution. In my experience, civilians don’t tend to have that same mindset. If it is outside of their job description, they don’t want to touch it. Other skills that came from being in the military are dependability, reliability, and problem solving. Those have made all the difference for me.

ES: What was it like when you transitioned out of the Marine Corps?

GG: I got out of the military in 2013, but I made the decision in 2011 to start planning for my transition. I saw a lot of my peers get out and take the first available job, which weren’t necessarily the best use for their skill sets. Some were unemployed. I had two kids and a third on the way; I couldn’t take care of my family on a fast-food salary.

I buckled down and started buying books and watching YouTube videos about writing resumes and job searching efficiently. I started taking interviews even though I wouldn’t be out of the military for 18 months. I just needed to practice and get confident in the process. Afterward, I’d ask the interviewer for critiques so that I could get better. I also went to RecruitMilitary job fairs to network.

About three months before I got out, I had an interview with MyComputerCareer for an instructor position.

They told me the same thing I had heard before: “We need someone who’s available now.” But the interview went so well, they decided to have me do a second round, anyway. They told me, “You never know, we might be hiring again soon.”

This happened a few more times with them until I was on my fifth interview, and I was meeting with owner and founder of the company, Tony Galati, with four other people. I still had six weeks before my ETS (expiration of term of service) date, but they offered me the job, anyway.

It was a lot of work, but preparation and practice will get noticed.

ES: What kind of feedback did you get from the interviewers?

GG: You can’t use jargon and military slang. When explaining rank or even your MOS (military occupation specialty), you have to break it down. Instead of saying, “I was a radio chief,” say something like, “I managed the radio operators.”

I also learned that there are things you should not include on your resume, like availability. If you put that you aren’t available for another eight months, you won’t get many calls.

You also don’t want to include your address, especially if you plan to move after you ETS. Employers will see your address and say, “We can’t afford to move you to ___.” It can be a disqualifier. They will write that resume off right away, even if they’re not supposed to.

With both your availability and address, you can talk about them in the interview. Just don’t put them on your resume.

ES: What did you learn through the interview process?

GG: You might have to tone it down a little from how you were in the military. Don’t be too aggressive. You can still be yourself and present yourself professionally.

Your resume will have already told them whether or not you are qualified. At the interview, they want to get a read on your personality. Being comfortable talking to your interviewer makes a difference. They want to see if you’d be a good fit in their organization.

ES: What different roles have you had at MyComputerCareer?

GG: It’s been a whirlwind in the past three years. I have been promoted four times. I started as an instructor. I loved teaching and didn’t want to leave, but when the assistant campus director position became available, I applied for it.

Later, the campus director got promoted, so I applied for that position. I was asked to move to Indianapolis for that job, which I did. I was in that role for a year and a half.

ES: What would you tell someone who is not in the position they want?

GG: It’s great if you can move up in your organization. If you’re getting reasonable promotions in reasonable timeframes that meet your professional goals, then stay where you are. If not, there will always be another company that will compensate you fairly for your skills.

But don’t expect your organization to promote you or increase your salary all on their own. If you don’t bring it up, neither will they.

Working in the same place for 20 years is not adding to your resume. It’s not preparing you for high-level leadership or high-level promotion. It has to be incremental. If your company is not willing to prepare you for the next promotion, you need to find a company that is. You should always be thinking about the next step.

When you get promoted in the military, you’re told what you need to do for the next promotion. It’s not like that at a civilian job. They won’t sit you down and say, “Here is where you go from here.” You have got to do that yourself. You need to know where you want to go, and what needs to happen to get you there.

ES: What advice do you have for servicemembers who are transitioning out of the military?

GG: You have to put in some time and effort into your job search before you ETS. The biggest mistake people make is waiting too long before getting prepared. If you wait until you get out to start working on your resume or school applications, you end up in this limbo period. Things may not work out as easily as you thought, or you might have to wait longer than you anticipated to hear back from the job or school to which you’re applying. But if you start ahead of time and have the planning in place, you will be ready to start your new job as soon as you ETS.

ES: Why is MyComputerCareer so passionate about recruiting veteran students?

GG: There are a lot of people getting out of the military right now. These aren’t entry-level people entering the workforce; they are skilled veterans.

Military jobs don’t always directly translate to civilian jobs; sometimes you need the right certifications to get you there. We want to help you find a job that is worthy of your capabilities.

At the end of the day, I think we want to help veterans so much because we know we are the right fit for them. Being trained in technology opens so many doors.

At MyComputerCareer, we are about changing the lives of the students. We want to see them be successful in their career, not just their job. That is what we are all about.

MyComputerCareer provides more than just quality it certification training. In as little as four months, you will be given the tools, resources, and support you’ll need to begin your new career and to advance in the information technology field as quickly and easily as possible.