IEC Creates a Culture of Comradery for Veteran Students and Employees 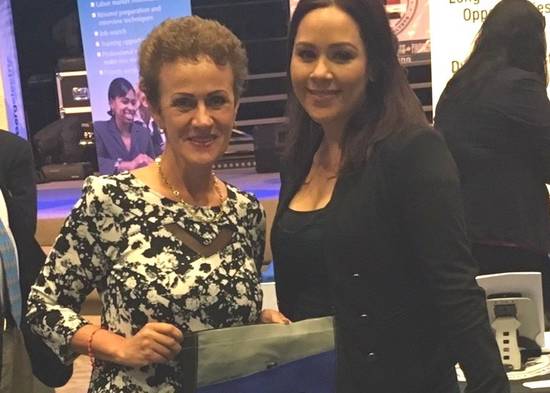 International Education Corporation (IEC) began educating career-seekers in 1982 when United Electronics Institute was founded in Los Angeles County, California. In 1989, the corporation expanded to become United Education Institute (UEI) to reflect the addition of a broader range of training programs in the career education field.

The company acquired other educational assets and grew organically. The IEC holding company was formed in 1996 to accommodate plans for growth through expansion of existing UEI programs, opening new branch campuses and adopting curricula into existing colleges. The company is now headquartered in Irvine, California.

IEC’s goal is to change lives by creating a culture and community for both students and colleagues that empowers them with the opportunity to transform their lives for a better future and to become the best versions of themselves. At IEC, students are always the priority. All departments align around this core belief to create an environment conducive to learning and growth.

It all begins with leveraging the experience and capabilities of a staff focused on preparing students for employment by providing industry-relevant education and training within a positive, supportive, and caring environment. Each program is short-term, hands-on, career-focused, and developed by subject matter experts.

These concise programs are especially useful for those who are not interested in the traditional four-year degree route. Veterans, for example, are often ready to jump-start their civilian career after the military, but don’t necessarily have the education to do so. Additionally, many veterans face a difficult transition to civilian life, ranging from readjustment issues to recovery from physical and mental injuries. Without the right support, many might fail to graduate.

IEC is proud to have multiple instructors who are veterans themselves, and who understand veteran students’ needs. Camradery and a sense of belonging in the classroom are key attributes for veterans to learn. IEC’s veteran instructors pride themselves in leading by example.

Director of Military, State, and Agency Services, IEC, Julie De La Mora spent 24 years in the U.S. Army before retiring as a master sergeant. Her most recent military assignment was recruiting and retention for the Army. She has been with IEC since 2016.

De La Mora brings her experience with the military community, state, education, and workforce development to her position. She is responsible for increasing IEC’s engagement with current and prospective military and veteran communities and increasing enrollment of military-affiliated students, while ensuring that IEC provides broad and high-quality service to these students. She also is responsible for coordinating IEC’s current veterans’ services, including veteran benefits programs, orientation, and on-boarding for new military students.

In the short time that De La Mora has been with IEC, she has bridged the gaps between the campuses and veteran organizations, state agencies, and service providers to better meet the needs of student veterans. She has developed training to identify how to serve veterans and introduced the Military Family Scholarship to the veteran community.

De La Mora appreciates the similarities between the Army and her current career. “IEC holds the same values as the military,” she said. “We leave no one behind and there is always someone to count on to have your six.”

In addition to finding a civilian career with a culture reminiscent of the military, De La Mora is quick to point out that there are skills she picked up in the Army that help her succeed now. “The leadership skills that I learned in the military were my foundation to find my first civilian opportunity post-military life,” she said. “I had the opportunity to practice battle-focus strategies and military leadership skills while serving in the U.S. Army. These are great assets that I share with my colleagues to enhance our collaboration.”

Other military-acquired skills that help her today? “Selfless acts, structure, team effort, sense of belonging, and urgency are what made me Army Strong,” De La Mora said. “These characteristics made me civilian ready.”

She encourages those that are still in the military to take care of education opportunities. “Go back to school as soon as you can,” De La Mora said. “Take advantage of attaining your education while serving in the military; leadership and experience along with education gets you better prepared to venture into the civilian market post-military career.”

But education is not enough. De La Mora believes that veterans also need to showcase their military experience when applying for a civilian job. “When writing your resume, reflect on your military experience and your transferable skills,” she said. “There are tools available to help you translate military jargon into civilian language.”

She wants veterans to know that IEC is always looking for leaders to join its ranks. “Showcase your leadership skills,” De La Mora said. “IEC leads by example and in our CEO’s quote, ‘You are the CEO of Your Own Position.’ I invite you to explore positions available at our campuses.”