From Job Fair to Job in 10 Days 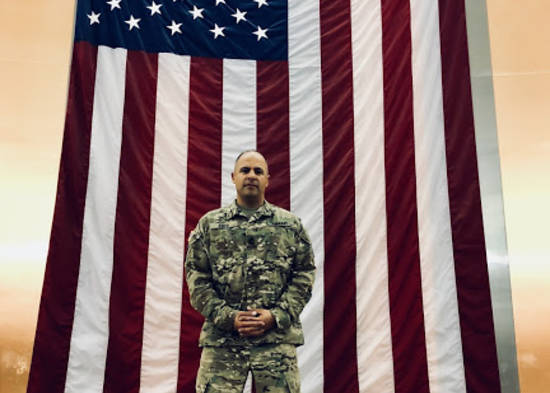 Are you looking to make a career change? There is no time like the present. Record-low unemployment rates have created a “buyer’s market” for veteran job seekers who are professionally curious and want to see what opportunities are out there. RecruitMilitary’s Veteran Career Fairs provide the perfect backdrop for exploring different options.

Soto began his Army active duty career as a vehicle mechanic but decided to make a career change and reclassified to the military police after three years. He credits his military experience for putting him at ease in new situations. “You learn, ‘I can do this’ and you surprise yourself. You get thrown a curveball and learn to excel on the fly. The Army taught me so many things that I wouldn’t have learned in a classroom,” he said.

The southern New Jersey native decided the time was right to pivot his career again upon his return from a one-year deployment to Afghanistan. Needing to land a job closer to home, he turned to a RecruitMilitary Veteran Career Fair in nearby Philadelphia. “I’d gotten hired previously at a RecruitMilitary event in 2017. I’d had success there once, and I knew I could be successful again. I was looking for a management role. I’d done some networking on various job sites, but it was taking a long time and it was frustrating,” he said.

Knowing he wanted to work in security, loss prevention management or operations, Soto tailored resumes to fit those fields. He approached the G4S booth and gave his resume to one of the recruiters. “I talked to them about my supervisory experience and by the time I got home I’d received an email asking me to apply for an account manager position near me. I applied, interviewed and started work within a span of ten days,” he said.

Soto now leads a team of ten security guards as a site manager/account manager for a pharmaceutical company headquarters and provides 24/7 surveillance across three shifts. He says he learned customer service and communication serving as an MP. “When you approach a vehicle or respond to an incident you must be able to communicate and be clear. That helped break down any fear of talking to new people. As my rank rose, I learned to carry myself and communicate with all ranks,” he said.

Soto believes he gained a worldwide education through his Army service. “The Army taught me patience, because different cultures might have a different learning curve or a language barrier,” he said. “Travelling makes you very open-minded to other cultures and it taught me to embrace the differences in people.”

Soto has certainly had the opportunity to witness different cultures. Eleven deployments have taken him to Afghanistan, Iraq, Saudi Arabia, and Central America. While serving on active duty, he was stationed in Okinawa, Japan and Germany. He could retire soon, but still loves serving in the Army Reserves. “I’m not done yet,” he said.