From the Marines to Diesel School – Twice 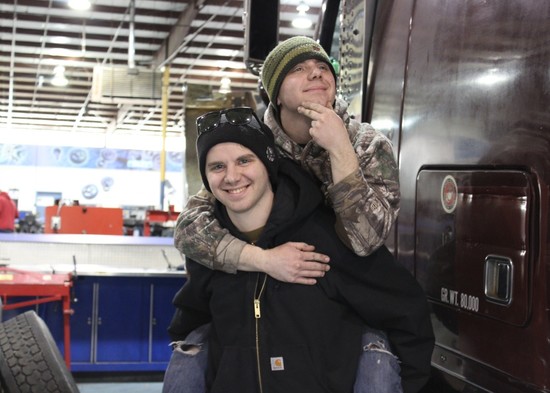 Rosedale Tech is a private non-profit college that trains students in the fields of auto, diesel, electrical, HVAC, welding, industrial tech, collision repair, and business management. The college is located in Pittsburgh, and most of the students are from Pennsylvania, Ohio, and West Virginia. Rosedale Tech has also had students from across the country as well as a number of International students.

The college was founded in 1949. It has about 70 employees and 350 students in its day and evening programs.

Most of Rosedale Tech’s student-veterans heard about the college from graduates or coworkers. The college has found that veterans make good students because they are disciplined and typically have the hands-on skills required to excel there. The veteran graduation and placement rates are generally higher than those of the overall student population.

Veterans can use GI Bill benefits at Rosedale Tech. The school has three Department of Veterans Affairs certifying officials on staff. On the social and support side, Rosedale has a veterans club that meets monthly.

Aaron and Patrick Gandziarski are identical twins who share not only physical features, but also a lot of interests and goals. Both served in the United States Marine Corps, and both have attended Rosedale Technical College.

Aaron, the older brother by two minutes, had toured Rosedale Tech during a high-school visit. At the time, he was not sure what he wanted to do after graduating. And when he graduated from high school, he was still unsure of his career path.

He enlisted in the Marine Corps in June 2009; and, in 2010, he was deployed to Afghanistan for seven months. During his time in the Marines, he went to school for mechanical engineering. The skills he learned sparked the idea of pursuing a career in diesel.

After the service, Aaron returned to Rosedale Tech, which had just opened its new diesel building. “When I originally toured Rosedale’s facilities, the diesel program was tucked behind the auto labs,” he said. “Seeing the new diesel facilities really made me want to enroll in the program.”

Aaron enrolled at Rosedale Tech in September 2013. He completed the diesel program in January 2015, and immediately enrolled in the automotive program. “I wanted to make myself more marketable by having training in both diesel and automotive,” he said.

He graduated from the automotive program in January 2016. Now he works as a medium- and heavy-duty truck technician at Bowser Automotive Group in Pittsburgh.

Patrick is currently enrolled in the diesel program, but he did not originally intend to follow the same path as his brother. Instead, he was interested in the funeral business. While he waited to begin his studies at the Pittsburgh Institute of Mortuary Science, he worked as a fish cutter at Wholey’s, a fish market and grocery store.

Then the same recruiter who had enlisted Aaron called Patrick and explained the opportunities for working in funeral honor details. Patrick enlisted in March 2010, and in 2014, he was deployed to Kuwait for seven months.

While in the Marines, he gradually came to the realization that working in funeral services was not the right career path for him. He became interested in mechanics and received training in aircraft mechanics. And when he heard about the fun Aaron was having and the skills he was learning at Rosedale Tech, Patrick decided to enroll in the school’s diesel program.

Patrick left the service and enrolled at Rosedale Tech in August 2015. Like his brother, after diesel training, he wants to go into the automotive program. The Gandziarski brothers have had great experiences together and often will confuse people with their similar physical features. “In the Marines, they would confuse the two of us,” said Patrick. “Even when I started at Rosedale, one of the instructors, J.R. Mangan, thought I was Aaron and said, ‘Of course you’re not on the list; you already graduated.’”

On the personal side, Patrick is married to Carly; and Aaron is engaged to be married to Sara in July 2016.