Veterans in Information Technology: A Growing Field, With Job Security 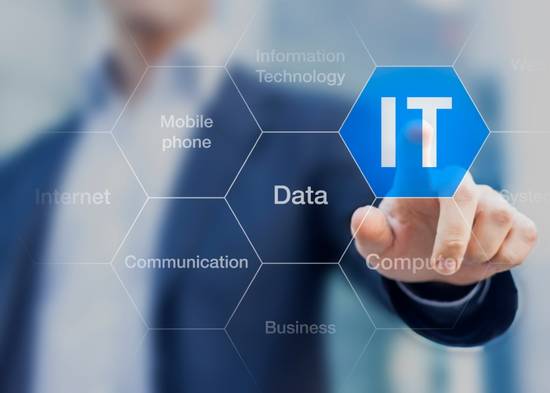 In the military, you probably hit the ground running to do things you’d never done before. “You can do the same when it comes to learning the skills needed for a successful IT career,” said Talmadge Zipperer, vice president of enterprise systems at RecruitMilitary.

Zipperer should know – he was a U.S. Army combat engineer with absolutely no experience in IT before he exited. Today, Zipperer oversees operational systems serving both Bradley-Morris, Inc. and RecruitMilitary. In addition, he is the primary Salesforce administrator for both organizations.

“For folks like me, with zero technical background, you’d never envision yourself in IT. But with veterans’ work ethics and the available resources to bring themselves up to speed, it is much more of a possibility than most people think,” Zipperer said.

“And if you already have experience, a degree, or even a smidgen of coding knowledge, you’re that much farther ahead than those going for the same job who have not served in the armed forces,” Zipperer said.

“It’s as good a time as ever to get into tech. Many companies are interested in those with security clearances, even if those clearances are no longer active. It proves to them that you’ve been through a rigorous screening, much more rigorous than a standard background screening,” he said.

A Growing Field, With Job Security

Between 2016 and 2026, computer and information technology occupations are expected to add about 546,100 new jobs, growing 13 percent, according to the U.S. Bureau of Labor Statistics (BLS). The BLS website states that: “Demand for these workers will stem from greater emphasis on cloud computing, the collection and storage of big data, and information security.”

Because technology is present in every company and every industry, a skill set in this field equates to long-term job security, too. Whether you’re a web developer, a database administrator, or an information security analyst, somewhere out there, a company needs you.

Imagine IT, Do IT

If you can imagine it, you can probably do it in the IT industry. Although many veterans think of cyber-security as an easy segue into IT from a military career, don’t pigeon-hole yourself into thinking it’s your only option. IT runs the gamut, from creating mobile apps with leading-edge software platforms, to designing robust information security architectures, or supporting state-of-the-art data center environments. “One new and exciting “buzz phrase” now being bandied about is 'augmented reality,'” said Alex Fosco. A former U.S. Army Captain, Fosco is now a junior developer at RecruitMilitary.

“Developing for augmented reality will be picking up soon,” Fosco said. “It’s like a play on virtual reality. One good example is ‘Pokémon Go.’ It shows an actual reality but puts in fake augmented characters. And this is not just for games but for things like Google maps. It has all kinds of potential.”

Fosco recommended veterans find the technology that interests them most and then get the training or certification for it.

“I had plenty of moments of insecurity where I felt like an idiot while learning the technology, but study-ing, practicing, staying persistent, and putting in the work really paid off,” he said.

Veterans who want to break into the civilian arena of the IT landscape should keep three things in mind, according to Fosco and Zipperer:

1. Be willing to get extra training or certifications.

Although you may have equivalent experience in the military, the civilian certification gives you a credential that employers will understand. When Fosco left the Army in 2016, he joined a seven-month program in Denver, focusing on web development using Ruby on Rails. (Rails is a web-application framework written in Ruby.)

“It gave me skills and a portfolio of projects that made me competitive as a junior developer,” he said. He found his current position on LinkedIn and started working for RecruitMilitary in July 2017.

Similarly, in 2016, Zipperer received a Salesforce Certified Administrator certification, a customer relationship management tool needed for overseeing systems that serve the entire business. “I had been using for it a year or two, then went through three or four months of rigorous study,” he said. He was promoted into his current role in August 2016.

Fosco recommends checking into coding “boot camps” if you are just starting out and want to get a foot into the industry.

“I opted for a seven-month program, but some are shorter, at three or four months. Research online and look for comments that people leave about the program. Look at the languages and frameworks they offer. Also, look for independent groups who will audit schools. Their outcome reports show how many candidates landed a job and how much the average graduate is making,” Fosco said.

2. Be willing to look for jobs in remote areas.

Although Fosco received his training in Denver, the market there was saturated with job hunters. However, he and other students in the program discovered that it was fairly easy to find work elsewhere.

“The Midwest has a lot of opportunities. Very few of my classmates in my program stayed in Denver or Colorado. Most scattered,” Fosco said.

3. Don’t rely on only your military network and training.

Even if your occupational specialty was IT, Zipperer and Fosco advise expanding your network and knowledge to stay current. New developments today can be obsolete in six months. Stay relevant – and stay ahead of those competing for your desired job – by watching what may be coming down the pike.

“If you buy a book to study, it’s probably already outdated by the time it’s published,” Fosco said.

Zipperer noted, “If you put in the work and earn your certification, you’ll be on a level playing field – and if you’re a veteran, there’s a good chance you’ll be ahead. But it’s on you to decide how your fate plays out.”

This is the fifth in a series of articles in which I will provide questions that are typical of...

Your Research Guide to a Career in Information Technology or Communications

I encourage job seekers to use this guide to learn about information technology and...

Want to work in an industry that is dynamic, fast-paced, and high-growth? According to Intel...