Designing a Life After the Military 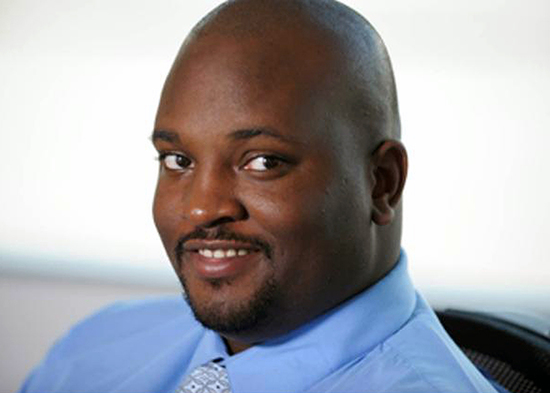 The Art Institutes is a system of schools throughout North America. The schools are committed to assisting and providing support to veterans as they transition from military to school life and then into a civilian workplace.

One such veteran is Andray A. Clark, who turned his longtime goal of becoming a technical illustrator and animator into a reality when he earned a Bachelor of Science in Design & Technical Graphics from The Art Institute of Houston in 2012. Clark, who comes from a family of creative artists, said, “I’ve always been aware of my passion for design, but I didn’t have the direction or knowledge to make it work for me.”

When he joined the Navy in 2000, he began to develop the strong communication and management skills that he would use both as a student and in his career. Clark spent seven years in the Navy; four of those were on a submarine. His time on the submarine provided invaluable experience in interpersonal relations—a skill he has used to become an effective communicator in his career. Working alongside 250 fellow submariners in an enclosed space meant that he had to develop strong listening skills. “This experience helped me to meet people and be able to communicate [well] in group settings,” he added.

Additionally, Clark’s experience as a hospital corpsman in the Navy also taught him the necessity of prioritizing work. “[In this capacity], I learned to triage patients,” he stated. “This came in handy when I was taking three to five classes at a time and having to ‘triage’ projects according to the time it would take to get each one done.” Today, these time management and prioritization skills help him to meet tight deadlines in his position as a technical illustrator and animator for Superior Energy Completion Services.

“Superior Energy Completion Services designs and manufactures tools for the [oil industry]. The [company’s] engineers design the tools, and drafters draw them in a 2D format. I take those drawings and create 3D models from them,” Clark explained.

The models Clark creates are used for testing, as well as a virtual manufacturing and assembly procedure to ensure that the parts will work as intended. Clark’s 3D models are used by manufacturing personnel and engineers as well as sales and marketing professionals who present them to clients. He also designs animations to show what the tools will do during actual operations.

Now that he’s working in a civilian career, Clark sees that his skills gained in the military have direct applications to the civilian world. “In the military, I acquired discipline as a way of life, and a work ethic,” he said. “Bringing this attitude to the workplace every day helps me advance my career.”

During his time at The Art Institute of Houston, Clark took advantage of the veteran support resources available to him. He is especially grateful for his experience with the school’s Veterans’ Association. “You have a group of other veterans who talk like you and are going through the same things you are going through,” he said.

This support network proved valuable, and he appreciated having the opportunity to connect with people who understood his perspective. “They can relate to you in a way that some others may not be able to,” he said.

He also participated in the Student Veterans of America organization at The Art Institute of Houston. “We would meet every few weeks and talk about upcoming events and everyone would talk about what they are going through at the time. The reason it was beneficial to me was because I was coming right out of the military just like many others. The military trains you to be a certain way, to see things a certain way, and to respond and speak to people a certain way. When you get out in the ‘real world’ you realize that there is a different mentality and things are not the same.”

Clark understands that some differences between military and civilian life are positive and some are more challenging. Meeting with other veterans helped him—and the others—to understand what each was going through. They were able to talk to each other with a language that they all understood, and it provided grounding and comfort as they moved through their education.

“Nothing worth having comes easy,” Clark said. He encourages his fellow veterans to rely on their discipline, dedication, and work ethic when schoolwork or job responsibilities present challenges. “Seek out opportunities, like [an education at] The Art Institutes system of schools, and remember that everything is what you make it,” he said. “Make it count for you.”