“I hit the bullseye” 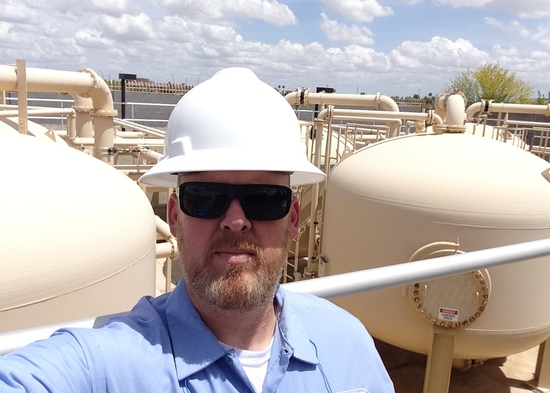 When Master Sergeant Jeff Garner decided to retire rather quickly from the United States Air Force after 20 years of service, he had little time to prepare for a civilian job search. He had extensive experience working with fuels and aircraft, and had served in England, Guam, Nevada, and Germany. When he retired, he headed to Phoenix.

During his time in the service, Garner had earned two associate’s degrees, a bachelor’s degree in management, and a master’s degree in human resources. And as a first sergeant, he had gained experience in human resources. Nevertheless, he aimed to return to the fuel industry. He knew that getting back to that field would be difficult, so he began considering the water industry as an alternative.

He had heard of RecruitMilitary, but applying for a job on another site led him to his next career. “RecruitMilitary appeared on a drop-down menu,” he said. “I clicked on it and put my resume on the website. Soon after, I received an email about an upcoming All Veterans Career Fair coming to Phoenix in February 2015.”

Garner went to the event; and, once inside the exhibit room, he quickly recognized that the employers were targeting all ranks. He did a quick scan of the room and found a water company, EPCOR Water (USA) Inc. The company’s HR representatives took his resume, leading to an online application and an interview the following week. In March, Garner began working for EPCOR as a water-system plant operator. “I hit the bullseye,” he said.

Garner’s favorite aspects of his service were the people he worked alongside and being part of a team. He deployed to Spain nine days after 9/11 to help with the buildup to go into Afghanistan. He is also grateful for the technical skills he learned, and the opportunities for education and advancement. “Overall, the military teaches you so much you don’t realize you have,” he said. “My military career gave me so many directions I could’ve gone in: OSHA training, FEMA, lab work, HR work…that’s something I’m grateful for. Vets have so much to offer – our leadership experience and training, our dedication and loyalty. Whether you serve four or 20 years, you develop the skills of being on time, having integrity, and doing the right thing.”

Garner offers this advice to veterans who are seeking new careers: