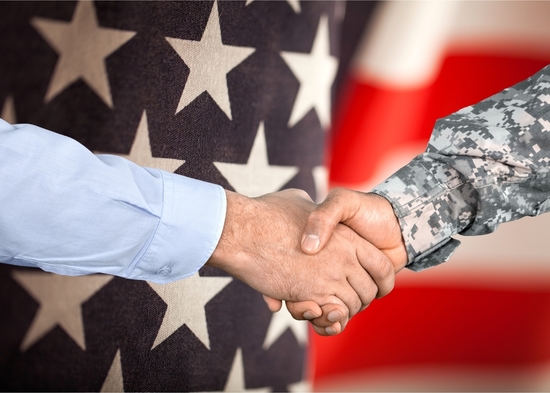 The environment is right for small businesses to thrive. Although self-employment is not for everyone, franchising offers a proven business plan, established branding, and operational support. Statistically, veterans excel at being their own bosses. Many intangible skills that were engrained during their military service – work ethic, leadership, adaptability, self-reliance – work in veterans’ favor as franchisees.

The International Franchise Association Educational Foundation reports in its Franchise Business Economic Outlook for 2016 that real GDP (gross domestic product adjusted for inflation) will grow by 2.7 percent in 2016. This report examined data from ten broad lines of business:

Behind this uptick is growing consumer spending and an improved housing market. With a projected 3% growth in consumer spending in 2016, it is expected that the franchise sector will see continued gains in employment growth, as well as a slight acceleration of output growth.

The country has experienced a steady increase in consumer spending, due to a strong demand for business products and services. Other factors driving the growth (which makes up 70% of the economy) has been lower gas prices, steady hiring, and access to credit.

Franchising businesses are expected to add nearly 300,000 jobs in 2016, and the amount of franchises is on target to increase by 13,000. Economically, now is a good time for veterans to get their feet wet in franchising. As the saying goes in franchising, “You’re in business for yourself, but not by yourself.”