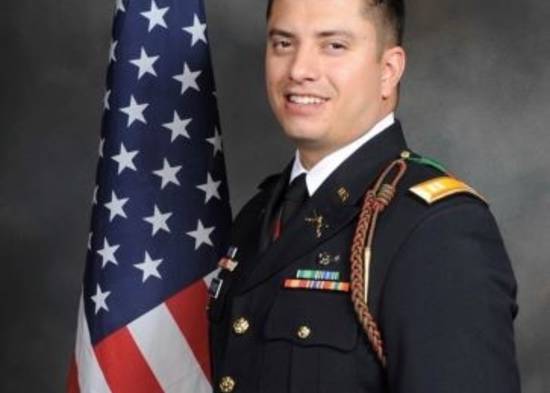 Did you know RecruitMilitary offers career matching and placement services?

Eligible veteran leadership and technical talent from the military community may be placed with our client partners who are seeking very specific technical capabilities. U.S. Army officer, Michael Kennedy is an alumnus of our placement services, which matched him with his role as Continuous Improvement Manager with MB Aerospace.

We sat down to talk about his experience working with RecruitMilitary and get his advice after a successful military transition.

Michael Kennedy: I was commissioned in the U.S. Army as an armor officer in 2012 and I spent about six years in active duty, primarily at Fort Stewart and Fort Benning. My military experience is common for many folks that go into combat arms as a tank platoon leader, troop executive officer, or a number of staff jobs. It introduced me to many concepts of logistics, operations, and how these ultimately apply to a private sector career.

Most veterans will transition into a career beyond the military and it's really important that we're able to take those skillsets that we learned in the military, and apply them to the private sector, or to other aspects of the economy and society.

I transitioned in 2018 and it's been really enjoyable to take some of those skillsets and apply those to the various private sector roles I've had.

And I found, particularly as a JMO going into the private sector, we have a lot of the raw organic skillsets, but we may not understand how those directly apply to certain job title or industries. This is simply because for most JMOs, you either go through academy or you go through ROTC in the vast majority of cases.

That means you've known school and you've known the military. But how do you take those, and your skill sets, and your education apply that to a private sector career?

MK: My job title is Continuous Improvement Manager in an aerospace manufacturing and design company. Primarily in this role, I look to understand the business opportunities based off operational, financial, and overall KPIs and needs of the business.

I work cross-functionally across the organization, understanding where we are currently performing and what are some systems that could apply, whether it's through Lean concept, Six Sigma training, value-stream mapping, et cetera.

As a JMO, we learn skills like problem-solving or getting buy-in from folks that don't necessarily report to us. We learn leadership skills and how to get a team together towards the same objective. I leverage that now towards business. Ultimately, it’s the ability to deliver to your customers.

MK: One of the advantages of working with RecruitMilitary is that the recruiters have already gone through the process. They've talked to hundreds, if not thousands, of candidates throughout the course of any given year and have touchpoints with a variety of different companies in a variety of different industries.

RecruitMilitary can help you understand your background, your skillsets, and how those would apply to certain careers - whether it's in operations, sales, or a number of other fields. As a placement candidate, you're going to be given the opportunity to interview with a variety of companies throughout your transition process.

It takes a good six months, but usually about a year to transition out of active duty as an officer. During that time, you're naturally concerned about: “When this is all said and done, what is my paycheck going to look like?” and “Am I going to have a gap between service and starting a new career?”

RecruitMilitary is going to help you understand and walk through that.

MK: Working with RecruitMilitary, you'll also start to understand that, while you have a lot of operational, problem solving, or leadership skills, you may have gaps that you don’t realize.

As officers or senior non-commissioned officers, we learned military doctrine, technical manuals, and strategic concepts. Now we must learn the doctrine and the concepts of business operations. Whether as a salesperson or operations leader, you must be able to speak and execute in a realm that makes sense to business.

Oftentimes there are close comparisons to military objectives and corporate America objectives, BUT they're not always the same. Start reading the Wall Street Journal, professional periodicals, maybe even consider earning certifications like PMP (Project Management Professional) or Six Sigma.

Take your academic background, your military background, and your skill sets and begin developing your success path.

PROFESSIONAL GROWTH AFTER THE MILITARY

MK: When I was first transitioning from active duty as a captain in combat arms to the private sector, I realized that in many ways, we have no idea what a civilian job is like in comparison to our military role, whether that was in the Navy, Marine Corps, Army, Air Force, et cetera.

We wear so many “hats” in the military, regardless of our branch or MOS, that you may think, “If I had to figure out how to overcome as a leader in the military, I can tackle the private sector.” And you're absolutely right - however, you have to be able to speak the language.

Just because you have a military background and education does not mean you're getting a job the day you're out in the military. You have to earn it. Everything you earn in the private sector, just like the military, is earned. When you apply and you interview for these companies, it takes practice, takes repetition.

Working with RecruitMilitary, they'll ensure that when you're going to go in front of the camera or in a boardroom to interview, you'll be prepared on that day. But more importantly, while partnering with a firm like RecruitMilitary, when you get to your job on day one, you'll already be on the pathway to success.

MK: I found out about RecruitMilitary when I was doing some research on ways to leverage external resources beyond what is embedded into the transition process.

One of the things that I really appreciate is that RecruitMilitary is not going to try to force you to take a job that you ultimately don't want.

RecruitMilitary's process generally starts with a satellite interview with your recruiter and some of RecruitMilitary’s business partners.

After you've done those initial interviews, the next step is to go onsite with a more select group of companies that you really connect with. At this point, the jobs should make sense and both sides (the company and the recruit) should have a better idea of what the other has to offer.

When you get to that phase where you're talking offers and numbers and salary, et cetera, RecruitMilitary is going to do everything they can to ensure that you have the best offer that makes sense for their client company, which is your future employer, but also you as well as the candidate.

At the end of the day, it is your career. Whether you're going to operations and manufacturing or logistics, et cetera, RecruitMilitary is not going to force you to take a job that ultimately you don't want.

It is your choice, but you're going to add all the time in the world to do a lot of research on your own and to interview yourself. RecruitMilitary's experience will ultimately help you leverage your resources and your experience to land a role that you're proud of and you'll succeed in.

Learn more about eligibility for our placement services.

THE MOST IMPORTANT MILITARY-EARNED SKILL IN THE MODERN WORKPLACE

MK: One skill that everybody that transitions out of the military will have in their toolkit is: Problem solving - the ability to be able to think on your feet and think critically to solve a problem.

In the military, regardless of branch, you're trained to start at the decisive point and backwards plan from that. And companies that succeed in industry start with the customer and work backwards from there.

Use the same path to success that you learned in the military. Keep that level of detail, plan in phases, think through contingencies, and understand that best laid plans won’t always survive first contact. That is as true in the military as well as in industry.

The military has taught you to think on your feet, to problem solve, to think critically, and consider the second and third order effects. Regardless of your role, whether it's in sales, operations, analytics, et cetera, that same type of mental framework and that problem solving approach will ultimately set you apart and on the road to success.

HANGING UP THE BOOTS, BUT NOT THE BOOKS

MK: When you decide that it's time to hang up the uniform, start early with a detailed plan - and you need to have a realistic plan. Not what you would like it to be, not the best-case scenario, but think in terms of phases.

Think about it like this: you may read a book and retain 10% of it, but if you can learn two or three different concepts from each book you read, you’ll be continually successful. You may start to see reflect in your career as you go from a supervisor to mid-level manager and then maybe to more strategic type role. Whether you were in the military for four years or 30, education and certifications are your ticket to success.

CARRY YOURSELF WITH HUMILTY

MK: Naturally folks in the military have a right to be proud of their background, but I would also encourage a strong sense of humility. Let your presence, integrity, and character be your soundbite about your military service.

*Ready to take the next step in your career? Create your RecruitMilitary professional profile* and begin searching open jobs today.