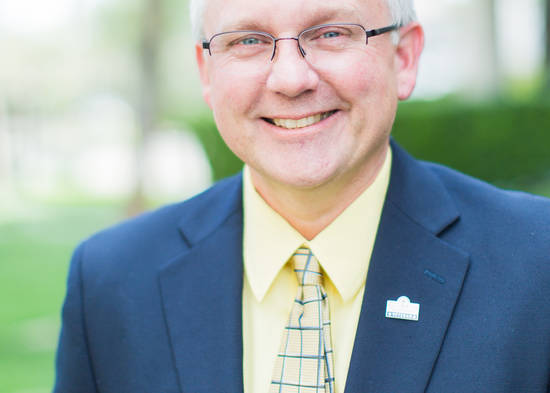 Farmers Insurance® is an enterprise committed to opening the doors of opportunity to America’s heroes when they are ready to transition to civilian careers. As one of the nation’s largest multiline insurer groups, Farmers® offers a variety of opportunities for veterans to leverage the skills learned during their training and deployment to build careers as agency owners or corporate employees.

Air Force veteran and Head of Property Claims Tim Felks describes his experience transitioning from the Air Force to finding a rewarding career within the Farmers Insurance Group of Companies®.

Describe your current role at Farmers and your previous military experience.

I am currently the head of property claims at Farmers Insurance, after starting with Farmers 20 years ago as an auto physical damage (ADP) claims representative. I assumed my current role three-and-a-half years ago, and am responsible for handling homeowner and recreational product claims for Farmers. Over the course of my career, I have held multiple roles, including field claim representative, branch claims supervisor, field claims manager, claims director, and head of Mountain West Auto Zone. Today I live in Southern California with my wife Suzanne.

More than 20 years ago, I was in the Air Force where, as the crew chief, I served as an aircraft maintenance technician on the F-15. I served for a total of eight years, having been stationed at Eglin Air Force Base in Florida for four years, and then at Elmendorf Air Force Base in Alaska for four years. I went on multiple deployments around the world during my time in the military, including Operation Desert Shield, Desert Storm, Southern Watch, and numerous temporary duty assignments.

If you could give any advice to a military member about to transition from service to civilian life, what would it be?

I would advise military members to prepare for what you want to do, but make sure you leave yourself open to the idea that you may not end up in that field. I would tell them to think about transitioning from service to civilian life like declaring your major in college: While your intent may be to get into one career field, you also need to be open to multiple career options.

I earned my college degree and A&P (Airframe and/or Powerplant) license, which is the certificate you need to be a civilian aircraft mechanic, while serving in the Air Force. I had worked part-time at the airport in Anchorage doing aircraft maintenance on jumbo jets, and I had prepared myself to become an aircraft mechanic or aircraft engineer—something in the aviation field.

However when I left, nothing presented itself except for one or two lower-paying jobs. So for me, it was very difficult to make the transition from military aircraft mechanic, an aerospace industry professional, to basically nothing.

How would you describe what it is like to be a veteran at Farmers?

Has being a veteran informed your work at all?

I really lean on the leadership skills I learned in the Air Force. One of the things they taught me at Non-Commissioned Officer Preparatory School was about followership. To be a good leader, you also need to know how to be a good follower. I do not see that mentioned very often in books about leadership, and I do not see it as a skill people talk about when discussing leadership. But when you are a part of a team, you have to know when to submit to the authority of your boss, the counsel of your team, or when to step up and lead. I think that is a skill I learned in the military that has served me well, and it also helps with humility.

If you could give any advice to employers who want to hire veterans, what would it be?

First, an employee resource group or ERG is an organization formed to act as a resource for both group members and the organization. ERGs, such as the Veterans & Advocates Employee Resource Group, are voluntary, employee-led groups that can have a few members or a few thousand.

One of the many Employee Resource Groups at Farmers is the Veterans & Advocates ERG, which focuses on supporting our current veterans, as well as attracting more to Farmers by increasing awareness, understanding and respect for the visible/invisible differences, and supporting veterans through their transition to civilian and corporate life.

What does the Veterans & Advocates ERG mean to you?

The Farmers Veterans ERG is a great place for veterans to build a community, share their experiences, and basically help each other through the transition from military service to civilian success. To me, it means that Farmers cares about its veteran employees, about veterans having successful careers at Farmers, and helping veterans navigate the transition to civilian jobs.

What kind of activities has the Veterans & Advocates ERG specifically informed at Farmers?

Farmers has a strong history of community engagement and volunteerism, one the Veterans & Advocates ERG is proud to engage in as well. Through the sounding board of the Veterans & Advocates ERG, Farmers Insurance launched its Suits for Soldiers program, which aims to collect and donate suits and business attire to military veterans preparing to make the transition from service to civilian life.

Farmers launched Suits for Soldiers nationally in October of 2016, with the goal of collecting 50,000 items that can help create an easier transition for veterans into the civilian workforce. The total now exceeds 70,000 pieces of attire.

More recently, we helped the Women’s Inclusion Network (another Employee Resource Group at Farmers) raise money to build tiny houses for a nonprofit in Kansas City. The houses will be built by Farmers Insurance employees. We have also helped raise money for “For the Troops,” an organization in Simi Valley, California, that sends care packages to deployed active duty military members. We have helped package and send over 700 care packages. And those are activities we continue to do on an ongoing basis.

Veterans can visit our website for additional resources to aid in the transition to the civilian workforce.

Relationship-Building: A Key to Success

Unique Writers is a national marketing organization specializing in life...

Healthcare is currently one of the hottest industries in the nation for job hunters. Even if your...

The retail industry offers a myriad of options for both full-time and part-time job seekers in...

As a leader in behavioral and social science research and evaluation, American Institutes for...