VETERANS FIND A PLACE IN THE FARMERS FAMILY 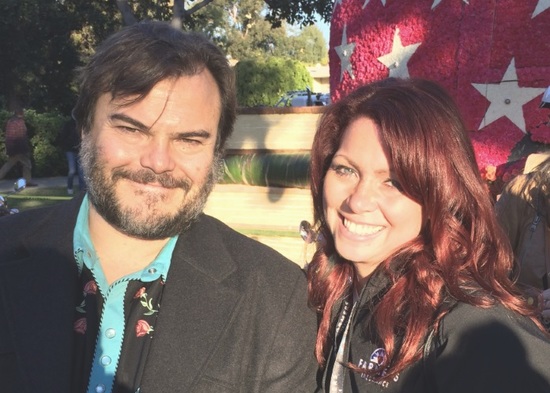 Farmers Insurance Group of Companies® is a leading U.S. insurer group providing a wide range of insurance products and financial services, including insurance for automobiles, homes, and small businesses. Since its founding in 1928, Farmers® has been dedicated to providing exceptional value and experiences for every customer it is privileged to serve.

Farmers serves more than 10 million households with over 19 million policies across all 50 states through the efforts of over 48,000 agency owners and approximately 20,000 employees. The organization is headquartered in Los Angeles, and has other major operations in Kansas City, Seattle, Austin, and Caledonia, Michigan (near Grand Rapids).

Farmers has several opportunities available for project managers, claims representatives, and entrepreneurs who are interested in owning their own agency. We are especially looking for individuals interested in becoming agency owners in Atlanta, New York, Connecticut, Pittsburgh, Philadelphia, and New Jersey.

Individuals with a military background can make excellent employees. We have found that veterans tend to perform well under pressure and in stressful situations. We have seen them have a commitment to excelling in a variety of situations and be creative in seeking solutions to challenges they confront. In fact, the two founders of Farmers Insurance® were veterans, and five of the former CEOs previously served in the military.

Farmers is committed to recruiting transitioning members of the military. We have noticed that many current and former military members who join the Farmers family are successful employees and agency owners, which speaks to their preparedness as a result of their military experiences.

We are looking for individuals who:

● Are natural, adaptable leaders and committed to their teams

● See things through, and are driven

● Perform well under pressure and in stressful situations

● Are committed to excelling in a variety of situations

● Are creative in seeking solutions to challenges they confront

Farmers has found that the training veterans receive in the military can translate well into many of the opportunities the organization has to offer. For example, the agency owner opportunity

can be a great fit for veterans who have an entrepreneurial interest; those men and women can leverage their ability to lead, work in teams, and of course, work without supervision.

Our goal for employees with a military background is “to provide mission-centered work that veterans and reservists alike can identify with, contribute to, and become passionate about.” We equip employees to participate in the decision-making process by bringing their best thinking and skills to the challenges faced by the organization.

Adjusting to the civilian work-force culture can be challenging, so Farmers provides specialized on-boarding for newly hired veterans and encourages them to get involved in one of our employee resource groups, such as the Veterans and Advocates group.

Carrie B. Bonney, director of public relations at Farmers, where she has worked since 2003. An U.S. Army veteran, Bonney served as a military police officer from 1993 to 1998. A few years later, she became a team member at Farmers, where she found success and a wonderfully supportive community.

What does your role at Farmers entail?

Bonney: As the director of public relations, my duties involve communicating the Farmers story to the public through the use of earned media. This may include talking points prepared for a speech or interview, or the development of a news release or alert. It also includes the establishment and maintenance of relationships with various reporters, writers, and speakers bureaus.

Have your military experiences and skills helped you in the civilian workplace?

Bonney: Since working at Farmers, I have held a few different roles. In each one I have discovered that my military experience was an asset. As a military police officer you must be very detail oriented, constantly evaluating your situation and those around you. These skills also help when dealing with customers and the media. As a claims adjuster and supervisor, it helped me to assess each situation and communicate more effectively with customers. In a more logistical role, it helped to evaluate current processes and improve them. There is a definite advantage to having a high level of confidence when dealing with reporters as well.

As a leader in my organization, the leadership skills, dedication, and commitment that I learned in the military have always helped me continue to grow and move forward at Farmers. It’s interesting to think about the fact that while my duties in the military don’t compare apples to apples with my positions at Farmers, the skills themselves do translate.

I think always being on your “A” game, being willing to commit your time, and the ability to deal with very stressful situations are all things that have helped me at Farmers, especially during my time on the Catastrophe Team.

Bonney: I went to college. Going into the military, I didn’t think I wanted to complete college. After being in for about a year, I decided to take advantage of the fact that I could go to school while I was in the military. I ended up loving college, whereas I’d always disliked high school. At the end of the day, I was three steps ahead when I got out of the military and was able to use my GI Bill to obtain a master’s degree, which has always been to my advantage when seeking employment. I think the only thing I might have done differently is started school earlier in my military career.

What milestones have you had in your career at Farmers?

Bonney: I worked on development of an internal communication source to provide information regarding catastrophes in a quick and consistent manner, developed a mapping program to reduce triage time following a major catastrophe through pinpoints noting where policies and claims are located, and created a disaster recovery playbook.

What makes Farmers a good organization for veterans?

Bonney: When you leave the military, you’re leaving a group of people who are as close, if not closer, than family. You have special bonds that can never be broken with many of these folks who you worked and lived with for years. At Farmers, we like to say we have a Farmers family. I have never gone anywhere with this organization that I haven’t felt right at home around the people I was with. I consider everyone I meet at Farmers an immediate friend, and we all have one goal, to make this organization great for our customers.

What advice do you have for men and women who are leaving the military and looking for civilian opportunities?

Bonney: Take a chance, even if you think it’s a long shot. So many of us tend to devalue what our service and experience bring to the table. Be persistent, but also be patient. Not every company and not every manager in the civilian world always sees the translation of your military experience into the civilian workforce, so it’s up to you to make that happen. Work with others, take advantage of every program the military has, and look for non-profits that offer career counseling as well.

What advice do you have for transitioning/veteran military who want to land a position at Farmers?

Bonney: Just go for it. Farmers is a fantastic organization. I have been with Farmers for almost 14 years and I have had many different positions within the organization. Don’t think of insurance as just selling policies. While we have great opportunities for you to own your own agency and be your own boss, there are also hundreds of corporate opportunities as well. Anything from claims and IT to actuarial and legal positions; we have a vast variety of things that people can do.