Social Media Got Her There, but Visiting Each Booth Got Her a Job 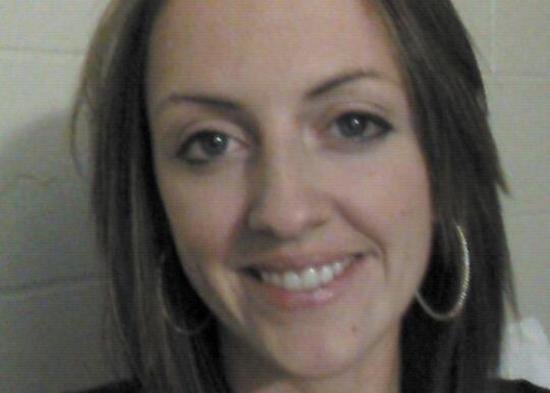 Jenifer Lips follows RecruitMilitary on Facebook and LinkedIn, and that’s where she heard about a veteran career fair at Gopher Stadium in Minneapolis in 2014. Nevertheless, she almost left the event without talking to the company for which she now works. Although she’s been happily employed as an Executive Administrative Assistant at APi Group, Inc. since then, she admits she almost missed their booth. “I saw it on the way out, and felt I needed to make as many contacts as possible to have the most success,” she explained.

APi Group Inc. is the parent company to over 40 fire protection, industrial, and specialty construction companies located throughout the United States, Canada, and the United Kingdom. “I wound up talking to the owner’s son without realizing it at the time.” Lips relayed her interest in working in either the human resources or administrative fields, and gave him her resume. He described an opening for an Executive Administrative Assistant to the CFO, and thought she would be a good fit. “I was called in for an interview the next week, and given an offer letter that day,” she says.

Lips served as an E-6 in the Minnesota Army National Guard for 10 ½ years in a variety of capacities. She was on the first CERF-P team in Pennsylvania (Certified Emergency Response Force-Package), and served on the 4th Weapons of Mass Destruction Civil Support Team (WMD-CST) in Georgia. She conducted sweeps for weapons of mass destruction (WMD) materials prior to numerous events, including NASCAR races and even the Super Bowl.

Her time in the service offered the chance to travel to Croatia and Norway. The Minnesota National Guard selected Lips to attend the Norwegian Exchange (NOREX) program. Lips went to Norway for a two-week winter warfare training program of complete immersion: wearing Norwegian uniforms, learning foreign customs, and Norwegian culture. “It was by far one of the most amazing experiences I have had in the military,” she said.

Lips also served as the liaison between the 12 Americans and 12 Croatians comprising the Overseas Mission Liaison Team (OMLT). As the Mobilization NCO, she handled pre-deployment activities, organized trainings, site reconnaissance, and coordination with European Command (EUCOM). Her last assignment was as a Readiness NCO for the 434th Chemical Company, where she handled the administrative, medical, and dental needs of 170 soldiers, while also tackling roles as acting facility maintainer, and armory funds manager.

Lips’ military experience equipped her with skills in many areas, but “the most valuable lessons I learned in the course of my service were always putting people first, effective communication, and leadership - all of which are inextricably intertwined and integral to success,” she said.

Her biggest challenge in looking for a civilian job was trying to adequately translate the skills on her resume. “When I attended RecruitMilitary’s career fair and was able to present myself in person, I had much greater success,” she said. She talked to recruiters about her work ethic, and described her experience working in both administrative and human resources capacities. I told them, “I’m an experienced leader and an excellent communicator. All of these skills will work together to make me the right fit for your company.”

“As a whole my military background has had a very positive influence on my civilian work experience. I use the skills the military taught me on a daily basis, from task management to remaining level-headed under pressure, especially when I have events. My military background also helps me a great deal with organizing and keeping track of concurrent projects, as well as the ability to adapt quickly to changes,” she said.

Lips believes veterans have a number of qualities that make them great hires. “They are disciplined, hard workers with the ability to make decisions in high-stress environments. They are also used to working with a wide demographic of individuals.”

She encouraged other veterans not to downplay their skills. “The military equips us with a plethora of abilities we don’t even realize we have - we just have to figure out what those skills are and how to present them.”