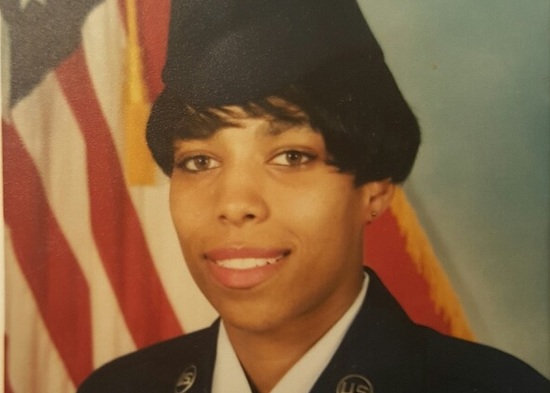 Wells Fargo & Company is a nationwide, diversified, community-based financial services company with $1.8 trillion in assets. The company was founded in 1852, and is headquartered in San Francisco. It provides banking, insurance, investments, mortgage, and consumer and commercial financial services through 8,700 locations, 12,800 ATM’s, the Internet, and mobile banking. Well Fargo has 265,000 team members in 36 countries. The company serves one in three households in the United States.

Wells Fargo ranked number 30 in Fortune’s 2015 list of the largest companies in the United States. At the end of the second quarter of 2015, the company ranked fourth in assets among U.S. banks, and was the world’s second most valuable bank by market capitalization. In 2014, Wells Fargo was named “Most Respected Bank” by Barron’s magazine, “Most Admired” among the world’s largest banks by Fortune, and “Best U.S. Bank” by The Banker magazine.

Wells Fargo is committed to hiring and retaining military veterans, veterans with disabilities, and active military personnel. In 2012, the company pledged $35 million over three years to support its Military Affairs Program, which provides housing, career transition, and financial education to veterans and their families. This pledge was fulfilled within two years with donations of over $49 million. In 2014, Wells Fargo made an additional commitment: To hire 20,000 veterans by 2020.

The company’s career services include attracting, hiring, and supporting veteran team members. Wells Fargo sources and attracts veteran job seekers via RecruitMilitary’s job board and many others. In addition, the company attends 150 military-to-civilian hiring events annually.

Shantae Joseph spent a little over five years in the United States Air Force, separating as a senior airman. Her main responsibility in the military was as a paralegal. She is now a human resources partner at Wells Fargo. She started working at the organization in 2012, and has received numerous awards from the company.

Joseph credits her military experience with preparing her for success in the civilian sector. “The experience of being one of the youngest Air Force members to be assigned to my first duty station, and being assigned as a security police augmentee were instrumental in finding my first civilian opportunity,” she said. “Resilience and perseverance are what I learned through both experiences.

“When I left the military, it was bittersweet, and I moved to a city where I did not have family of my own – very unfamiliar territory as well as attempting to gain employment within a field in which I thought I had extensive experience. It was very challenging. But I did not give up. I took an unconventional approach by visiting a staffing firm for employment. The military taught me to stand firm and to represent myself as a professional. Thus, I was offered a full-time permanent position one week later for the staffing firm; not one of their clients. It was a true surprise, and so began my civilian career.”

Joseph also said that while building military support networks is important, it is crucial to do the same outside the military. “I would absolutely encourage anyone who is a paralegal in the Air Force to get connected to the civilian sector as much as possible,” she said. “I would recommend joining a [work-related] social group outside of work hours. This will help them to truly gain an understanding of what employers look for in a civilian paralegal. Networking will be the key for those who elect to leave the military and keep the same career. My last recommendation would be to attend school while you are in the military. It is not easy due to the demands of the work – and military schooling, which comes first. But, it is worth the reward in the end.”

Joseph joined the Air Force when she was 18 years old, and learned a lot very quickly. “I learned extensive computing skills, research capabilities, investigative techniques, courtroom procedures, and so much more,” she said. “The skills I learned in the military set the foundation and path to where I am today.”

Her Air Force education involved a lot more than technical skills, however. “I learned discipline, commitment, adaptability, and how interact with leadership at all levels,” she said. “All of these skills have been enhanced over the years through different experiences, and help me to do my job today.”

Joseph appreciates that her company understands the value of military veterans. “Wells Fargo is committed to serving, employing, and retaining veterans,” she said. “At Wells Fargo, we believe each of our team members offers something extraordinary and recognize the impact military experience can make in our work environment. I am an example of this commitment. You will find a culture that is very similar to the armed forces – structured, team-oriented, collaborative, and challenging.”

Joseph recommends that servicemembers who are considering leaving the military plan far in advance. “My advice would be to prepare for separation months before getting out,” she said. “The military offers great services for military members. However, it is very important for them to network with the local community in which they intend to reside, join the local chamber of commerce, get connected to a local veteran services organization for volunteer and employment opportunities, join LinkedIn – connect with fellow veterans and ask for assistance with building your ‘brand’. Get connected!”

As for finding a job at Wells Fargo, Joseph said it is important to speak the same language. “I would advise my fellow veterans to read through job descriptions that align to your existing skill set and education,” she said. “Once you have reviewed the job descriptions and titles, begin reformatting your resume to align with the verbiage our company utilizes.

“The Wells Fargo website does an exceptional job of providing resources to separating military personnel. The site also provides veterans an opportunity to explore job titles that are a match to their military service. Finally, I would encourage my fellow veterans to browse LinkedIn and connect with other Wells Fargo veterans. We are all willing to help them navigate our process, and ensure they are targeting the right opportunities that align to their career goals.”