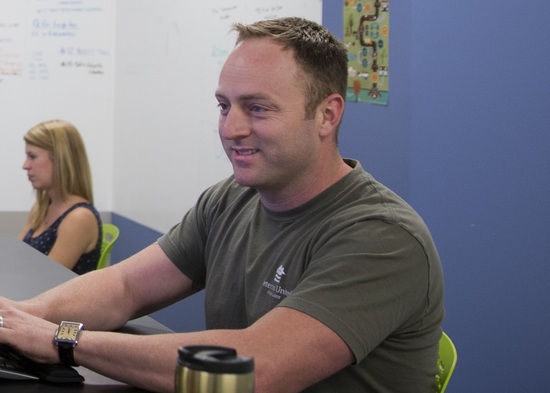 Veterans United Home Loans is a national VA lender that financed more than $5.1 billion in loans in 2014. Its mission is to help servicemembers and veterans take advantage of the VA loan benefit earned by their service. The company has more than 1,800 employees in 21 states. There are 21 locations within the company’s branch network, including Clarksville, Tennessee; Savannah, Georgia; Waipahu, Hawaii; San Diego, California; and Virginia Beach, Virginia. Headquarters are in Columbia, Missouri.

As an online-based mortgage company, Veterans United is continually seeking to fill positions in its loan origination and technology departments. In 2012, the company received the State of Missouri Flag of Freedom Award for its efforts to hire veterans as part of the state’s Show-Me Heroes Program. In 2015, the company was among the Achievers 50 Most Engaged Workplaces in North America™ (www.achievers.com), and ranked number 48 on the 100 Best Workplaces for Women list published by Great Place to Work® and Fortune (http://fortune.com/best-workplaces-for-women/).

Veterans United is dedicated not only to educating veterans about their loan benefit, but also to hiring the veterans they serve. The company seeks out veterans at career fairs, and its human resources department addresses applications from veterans and military spouses with priority. There are more than 140 veterans in the company work force – 8 percent of all employees nationwide.

The company recognizes the unique skill sets that veterans bring to the civilian work force. The work ethic and dedication instilled in them while in the military, along with their ability to connect with veterans, helps the company excel in customer satisfaction.

Terry Roberts served in the United States Marine Corps for nine years as an aviation maintenance instructor and aerial gunner, separating as a staff sergeant. He currently serves as executive vice president of innovation at Veterans United Home Loans. He started in this position with Veterans United in 2012.

Roberts leads team projects and initiatives to create a better experience for homebuyers. He oversees a team that streamlines procedures involved in the mortgage loan process. He manages a corporate “lab” environment to test new processes and technologies to help employees in all departments be more successful at their jobs. Loan officers, assistant loan officers, processing account managers, an underwriter, and a closer test new ideas through the entire loan process.

Roberts credits his time in the service for his self-confidence and respect for others – traits he feels gave him a competitive edge over his civilian counterparts when he applied for jobs. He believes that his personal success is determined by how much harder he is willing to work than his competition.

“It boils down to perspective, perseverance, and respect,” he said. “All of these attributes influence my attitude, which influences how others see me. I also think about all of the challenges I had to overcome during my time in the Marine Corps, and try to translate them into workplace scenarios.”

Roberts strongly believes in the value of education. “The skills servicemembers learn in the military are only highlighted and strengthened through education,” he said. “When trying to decide on a career, or education path, do not limit yourself to fields centered on your job in the service. Find what you’re passionate about, and search for careers within those industries. Ultimately, this will lessen your chances of bouncing from job to job – because you’ll be happy.”

He said that Veterans United Home Loans is a good place for veterans to work simply because they dedicate 100 percent of their efforts to helping other veterans. “There is something special not only about helping our nation’s veterans achieve the dream of home ownership, but at Veterans United there are veterans serving veterans. It solidifies credibility, and it helps with trust. The company values are the closest thing to my Marine Corps values that I’ve ever seen in the private sector:

He also offered advice for veterans who are interested in positions with Veterans United Home Loans:

"At my company," Roberts said,"we are all about community and being there for one another."