Grow As You Advance At HCA 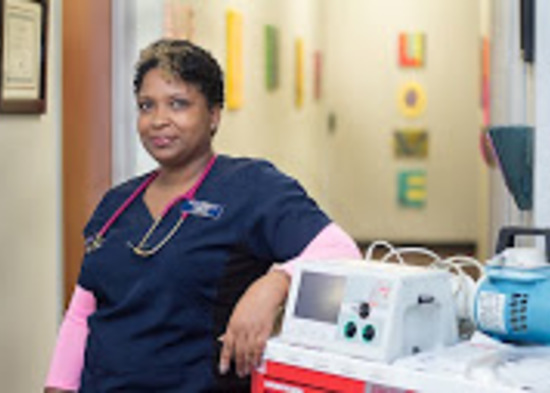 Many veterans may not consider careers in healthcare, especially those veterans who do not have clinical backgrounds. But HCA has plenty of opportunities for veterans – and not all of them are clinical.

HCA is a healthcare provider that owns and operates approximately 166 hospitals and 115 freestanding surgery centers in 20 states and the United Kingdom. The company’s large network of hospitals helps maximize efficiency by streamlining operations; sharing technology, equipment, and personnel; and using economies of scale when contracting for medical supplies and administrative services. Company headquarters are in Nashville.

HCA currently has more than 8,000 job opportunities. “Approximately 60 percent of our openings are clinical, while the other 40 percent are support roles,” said Avery King, a veteran of the United States Air Force and HCA’s military veteran and military spouse talent acquisition lead. “Support roles include positions in accounting and finance, information technology, telecom, facilities maintenance, administrative and clerical, and logistics. We are, of course, also very interested in bringing medics, nurses, clinical technicians, and other clinicians into our organization.”

King began working for HCA in March 2010. In 2012, with the backing of HCA’s executive team, he helped launch the company’s Military Veteran/Military Spouse Hiring Initiative. The initial focus was to introduce military veterans to opportunities within the healthcare industry. As HCA hiring managers have seen the benefits of working with veterans, HCA’s initiative has grown greatly.

“Veterans have a servant attitude that fits well with HCA’s core values as we focus on caring for our patients,” said King. “Veterans often have many skills that are important in the healthcare industry: They work well in teams, are organized, make exceptional leaders, have a strong work ethic, and are able to follow procedures.”

HCA is focused on helping employees grow as they advance their careers. “We don’t want the jobs that military veterans take with HCA to be their last jobs,” said King. “However, we do want to be their last employer. We want HCA to be a career and not just a job.”

King recommends that applicants with military experience work to make sure their resumes translate to the non-military world. “Make sure your resume can be understood by a civilian recruiter,” he said. “Have confidence your background is valuable without being overly aggressive. Most of all, do not get discouraged.”

King is proud to help those who have served their country find careers at HCA. “The most rewarding part of working with our military veteran population is helping those that freely gave of themselves in service of our country,” he said.

“BELIEVE IN YOURSELF, AND GO FOR IT!”

Sonja Hill is a cardiac tech for Austin Heart, a provider of cardiac and vascular healthcare services in Central Texas. She works at the Harker Heights location, near Fort Hood.

Hill has been with Austin Heart for seven years and now serves as the lead tech for her clinic location. She has worked in the medical field for 21 years, beginning at age 17 in the United States Army, where she served as a medic.

“I joined the military in August of 1993,” she said. “Ten years later, I had to end my military career due to a spinal injury sustained during a deployment in Iraq. I was medically discharged under honorable conditions at the rank of staff sergeant. I joined the military because college or the military were my only options, and I chose to continue the legacy of my family and serve my country. My son has continued to uphold that legacy as well, and serves in the U.S. Army.”

She encourages veterans to take a look at careers at HCA. “I advise any veteran or servicemember preparing to separate from the military to look at what Austin Heart or HCA has to offer,” she said. “It’s honestly a great place to utilize the skills and experience I received from the military. I’ve been able to exercise my leadership skills, and my ability to think outside the box, to help ensure we are providing excellent care to our patients and leading the way in cardiac care.”

Hill says that taking advantage of educational options while in the military has helped her succeed in the civilian sector. “I prepared myself long before getting out of the military by utilizing school options, learning anything new that was available, and teaching those skills to my soldiers,” she said. “When I separated from the military, I utilized the services provided by the military and local community to help locate a vacant position.”

Once servicemembers are ready to look for civilian employment, she encourages them to be aggressive. “My advice would be to always have a resume ready to go, knock on doors, and follow any and every lead,” she said. “Follow up so you won’t limit yourself to a small circle of options. You have to put yourself out there and be available. Don’t be afraid or hesitant to conquer the next step in life. The military is a different world from the civilian sector; however, the military instilled in us courage and a ‘no fear’ attitude that will take us a long way in any career choice after the military. We are made leaders and even better team players that can handle any job given to us. Believe in yourself, and go for it!”

As for working at HCA, Hill says that veterans should show off what they learned in the military. “My advice to anyone seeking a career opportunity with Austin Heart or HCA would be to be yourself,” she said. “Show off those great talents and people skills you’ve learned and acquired throughout your military career, however long or short. Express your level of experience and the skill set you have developed from whatever branch of service you come from.”

A COIN TO SAY “THANK YOU”

In 2014, a committee at HCA headquarters in Nashville was seeking ideas to honor the veterans in the company’s work force on Veterans Day. A committee member reached out to a military spouse whose husband had been in the Navy for 24 years, asking her, “What might be a meaningful and appropriate gift?” Her quick reply: “A challenge coin.”

Following the HCA committee’s suggestion, Chairman and CEO Milton Johnson commissioned a special coin to honor the veterans in the company work force. The coin is emblazoned on one side with the message, “Thank you for your service,” along with the seals of the five branches of the United States armed forces. The flip side of the coin showcases the HCA brand and family of hospitals, along with the stars and stripes and a quote from HCA’s founder Dr. Thomas Frist Senior: “Good people beget good people.”

Johnson had the coin distributed to all HCA veterans with a personal message: “We thank you for the service you have provided to our country. We are proud to call you our colleague. Happy Veterans Day.”