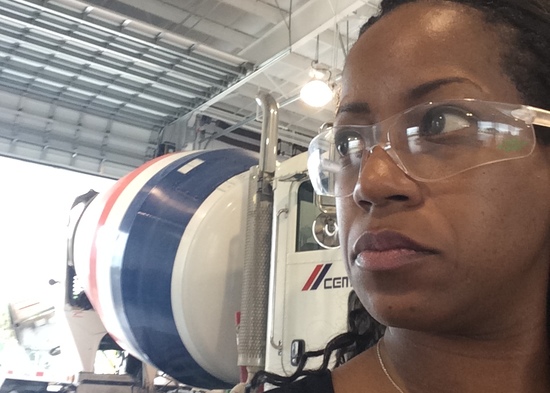 Sergeant Camilla Gore Hull knew that joining the United States Army would prepare her for a brighter future. “I was a young, single parent – and refused to be a statistic,” she said. “I married the father of my child and joined the military to obtain funds for college and to gain work experience.” In joining up, she followed in the footsteps of her own father, an Army retiree.

Camilla Hull served from 1989 to 1997 as a surgical technician and an instructor for deployable medical (DEPMED) equipment. Her assignments took her to Belgium and Germany, and included a deployment with the 2nd MASH from Fort Benning as part of Operation Desert Shield/Storm. “The military taught me to believe in myself, to constantly set goals, and to never become complacent,” she said. One of the most valuable skills she learned during her service was becoming CPR-trained at any early age. “It gave me a sense of responsibility and instilled in me the importance of continued education,” she said.

When it came time for her to re-enter the civilian world, Hull turned to job fairs to home in on a career. Her biggest challenge in looking for a civilian job was deciding exactly where she wanted to be. “But being a veteran provided me with a head start,” she said. “Veterans possess a sense of loyalty. We make good employees. We are proficient in making decisions, have a strong work ethic, and are flexible.”

Hull attended a RecruitMilitary career fair in Atlanta. And there, she landed her current role as health, safety, and environmental (HSE) coordinator for Cummins Power South, which is headquartered in Atlanta. She handles workers compensation claims and provides safety training for employees – while ensuring that the company complies with OSHA regulations.

“RecruitMilitary was very helpful in providing me information about job fairs and including reminders about the events,” she said. “They assisted me in finding a career – not just a job.” Hull recommends the following to veterans who are transitioning or seeking new careers: * Maximize your GI Bill benefits. “Obtain as much education as you can with the GI Bill, so that your student loans will be decreased if you should choose to seek further education,” she said. “I made the mistake of allowing mine to expire before I used them all, which caused me to pay out of pocket for my master’s degree.”