From Nuclear Power to Podcasting: Part 1 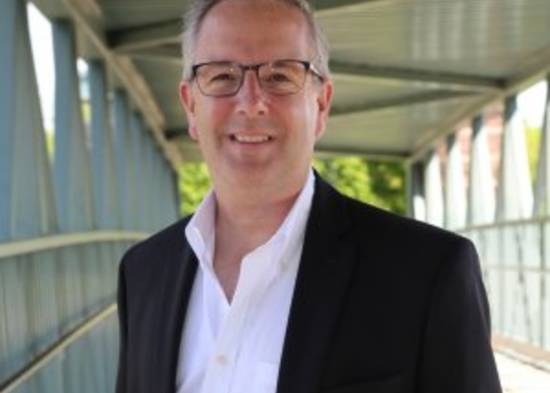 Tom Schwab has never lost his desire to learn. Although the U.S. Naval Academy graduate and former Navy nuclear surface warfare officer has a background in engineering, these days he’s helping businesses tell their story to new audiences by leading a media marketing business, Interview Valet.

The path to his current role has been anything but conventional, and he shared some lessons learned along the way.

Looking Back Through the Rearview Mirror

Schwab’s original thought upon transitioning was that he needed to go from one stable job to another. He headed to Corporate America to work in engineering and operations for a Fortune 500 company. He decided to make the leap into sales, even though his dad called him a “dang fool” for leaving a stable income for a commission-only role.

As a lifelong learner, Schwab couldn’t see himself doing the same job forever. “In the military you never really got comfortable with a job,” he said. “Once I mastered it, it was time to go on to the next one. And I loved that process of learning and growing.”

“When I was graduating with a degree in mechanical engineering, I did not think I’d be doing podcast interview marketing,” he said. “Engineering taught me how to think. The nuclear power side taught me systems, and that everything can be taught and refined. The uniforms and the lingo may change, but you’re always pulling what you learned from the last thing.”

By 2008 Schwab was living in his home state of Michigan and leading a medical sales business as a side hustle. The company was doing well regionally and had gotten some positive customer feedback. He began to think about scaling the business. He built his regional company into a national leader with the help of blogging and guest blogging. That experience sparked the idea to use podcast interviews as a vehicle to promote businesses. After selling his company, he tested the concept, created videos, and wrote a book. But rather than creating their own podcasts, his potential customers said, “Let me be the guest and you take care of the rest.” That became the slogan for Interview Valet, which launched in 2016.

Lessons from the Military

One of Schwab’s big takeaways from his service is the notion that everything can be taught, and everything can be systematized. “The military puts systems in place and culture in place. It seems ordinary to us, but it’s amazing to the outside world,” he said.

He noted that although the civilian world provides more freedom to pursue what you’re passionate about, it’s up to you to create your own direction.

As he was transitioning, Schwab feared making a mistake that would derail his exit plan. He encouraged transitioning veterans to be flexible when assimilating into different cultures. “I was not taught emotional intelligence in the military. I was taught to lead, follow, or get out of the way,” he recalled.

When it came to working in the civilian world, Schwab’s hard-charging style was not always welcomed. “A lot of times I was a bull in a china closet. If I had tried earlier to work with people as opposed to working through people, I would’ve been more successful early on,” he said.

Veterans should not forget a new culture requires adapting. “When we went from being to civilian to military, we didn’t force the military to change to our civilian culture; we changed to it. And it’s the same way when you go from a military culture to a civilian culture,” he said.

Schwab even had to assimilate when moving from Corporate America to entrepreneurship. “It’s a different style. I hung up my suits and traded them in for golf shirts.”

Want to hear more? Check out the entire podcast. Read the next blog in this series to see what Schwab believes is the ultimate currency (hint: it’s not crypto).