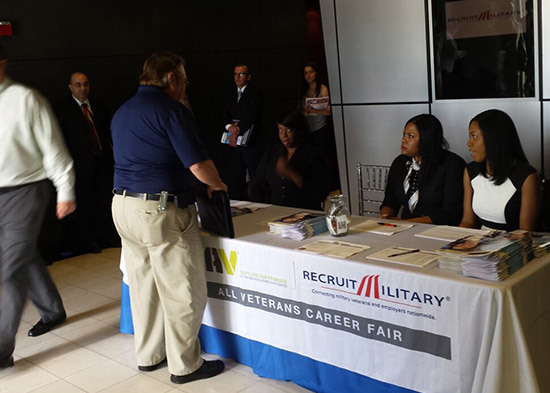 An attitude of gratitude drives former USMC First Sergeant Mark Grindley. Originally from Missouri, Grindley joined the United States Marine Corps and headed to San Diego for training. “I had to join the Marine Corps to see a palm tree,” he joked. He retired as a First Sergeant after 20 years of service.

Grindley began his career in aircraft maintenance as a mechanic. “I love to know how things work. I remember my dad taking me to the junkyard as a kid to examine all the machines, and he would explain what each one did. I knew what a combustion engine was before I went to kindergarten,” he said.

Grindley credits his time in the service with helping to shape him. “The Marines gave me a sense of leadership, principles, and values, but it wasn’t until I promoted to Staff Sergeant that I paid attention to how to practice those values. When you’re in front of a group of people, you must lead by example. It became my religion. Honor, courage, commitment – I value those things, and the Marines provided a great environment to practice all that one can be.”

Upon retirement, Grindley knew he wanted a career that allowed him to use his fluent Japanese language skills that he’d honed during his deployments to the Far East. His cousins had founded Silicon Investor, the first website to evaluate the stocks of high-tech companies, which piqued his interest in a career in IT. Knowing he would need more education, Grindley used his GI Bill benefits to earn a bachelor’s degree in computer science. He worked in IT for years before taking time off to care for his daughter, who was ill.

As a registered candidate in RecruitMilitary’s database, Grindley was notified about an upcoming career fair his home of San Diego. “It was preeminent,” he said. “It was well above my expectations. I couldn’t believe the variety of companies that were there. I was only there for 90 minutes and walked out with two job offers from hard hitting companies, both major players in the technology field. The companies attending were varied and top tier. ”

Grindley believes veterans have experience that far surpasses their civilian peers. “For example, a 19-year-old military policeman has all kinds of responsibilities. You’d never find a 19-year-old civilian who’s entrusted to drive a multi-billion-dollar tank and is responsible for people’s lives. By the time I was 20, I had been promoted to Sergeant, led a crew of eight people, and earned my ‘Collateral Duty Inspector certification, meaning that my crew’s work was completed in accordance with all maintenance instructions and safe for flight,” he added.

Grindley encourages other veteran job seekers to polish their resume before attending. “Even if you think it’s ready to go, let a professional look at it,” he advised. “You only have a few seconds to sell your good points. Draw upon your military training when you delivered briefings. Get input on your pitch and practice so you’re not stilted.”

“I would attend a RecruitMilitary event again and I will recommend them to everyone,” he enthused. “I was dumbfounded at how easy it was.”