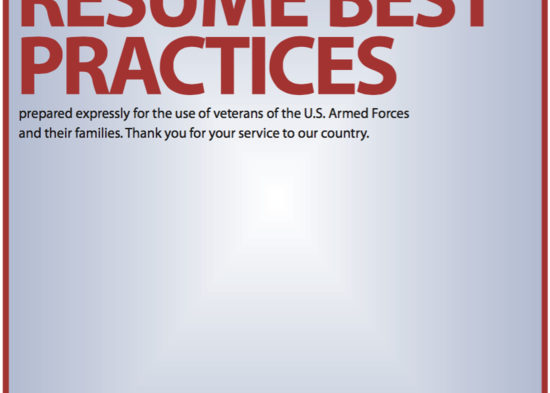 One of the biggest hurdles civilian recruiters face is understanding the role of each military branch, the skill sets that come from each, as well as rank structure and the roles of military occupational specialties (MOS). Getting from the application stage to the interview stage can hinge on your ability to clearly communicate your worth in your resume.

As you craft your resume, keep in mind these important points:

1. Your MOS likely means nothing to a civilian

2. Your role within the military is a foreign language to most you’ll interview with

3. Pretend you’re explaining your job to your non-military mother

There are more than 10,000 skills classifications from all the branches of service. To an Army veteran, “11B” paints an entire picture of infantry skills. But for a civilian hiring manager it means nothing. So, use your MOS as a jumping off point to tell your story and paint a picture of what you did. You must communicate your leadership and technical skills, and "11B" doesn’t do that.

Your role within the military is probably completely foreign to civilians

They cannot understand what being a platoon leader means if they don’t know what a platoon is. You must break down your duties and give them CONTEXT. Draw parallels between what you’ve already done in the military and what you can do for their company.

• Convey the size of your organization. Platoon, squad, or company won't make sense. Instead, say something like "Led a group of 40 personnel and provided security and combat operations while deployed to Iraq."

• Conveying the number of people you led or served with will help frame your experience. A civilian recruiter can then think: "That’s like Joe over in the distribution center. He’s leading 40 people as a warehouse manager."

• Include budgets, figures, and responsibilities.

• If you held a maintenance role, consider these two approaches:

No: mechanic in a tank battalion

The more precisely you convey your value in terms civilian employers will understand, the closer you will get to scoring an interview.