The Dirty Dozen: 12 Tips for Getting Hired, Part 3 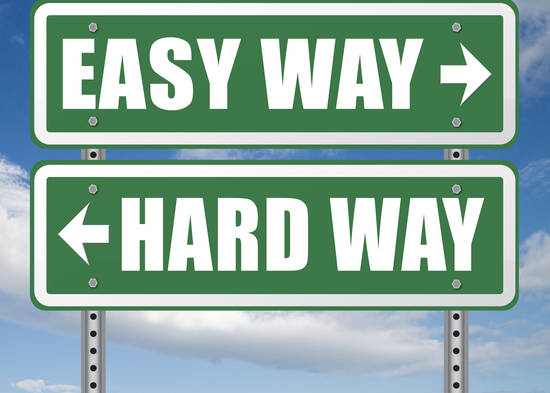 In the third post of this series, we’ll focus on two critical aspects of the job search: networking and follow up.

You never know who or what will connect you to your next step. Eighty-five percent (85%) of critical jobs are filled via networking of some sort, according to joint research conducted by Lou Adler, CEO of Performance-Based Hiring Learning Systems and LinkedIn. Reaching out, staying in touch, and sharing information with fellow veterans could pay off in the form of a new career.

If you’re not actively building your networks, you’re missing opportunities. Each connection could potentially link you to a legion of partners who can keep an eye out for opportunities for you, and you can do the same for them.

Don’t start networking when you need a new job. People won’t help someone they don’t know, like, or trust – qualities that are built over time. Don’t wait until you need a network to build one. Do it now!

Networking was a key part of one Air Force veteran’s plan for finding a civilian job. He ramped up his LinkedIn profile, joined Twitter, and jumped on various military websites to begin networking and learning about job openings. He attended career fairs with the goal of spending 50% of his energy on job searching and 50% on networking. He had met recruiters at other hiring events, and had stayed in touch with them, occasionally reaching out for advice. They passed information and job leads on to him, and he stayed in constant contact with them. “They kept me sane,” he related.

Staying connected to fellow veterans helped one Marine land a position with a major railroad company. His advice? Never burn any bridge and stay in touch. “I was always a hard worker in the Marines. There was a staff sergeant who mentored me, and I stayed in touch with him after he retired. He helped me land my first job out of the service working for a defense contractor overseas.” He encourages veterans to build and use a network of military contacts through various social networks, including LinkedIn.

Yet another Navy veteran attended a RecruitMilitary Veteran’s Career Fair hoping to put his newly-earned accounting degree to use. He landed an accounting position with a wholesale electrical distributor because he ran into a buddy at the event who told him the company might have an opening in his field.

After a Career Fair:

Recruiters may be meeting hundreds of people at one career fair. Ask the recruiter for the best way to follow up, and make sure you exchange information.

I met you at the RecruitMilitary career fair in Baltimore. I’m the Air Force recruiter who is an avid LSU fan. Thank you for the opportunity to speak with you. I have attached my resume, and if there are any future openings at your company, I’d appreciate being considered.

If an event was held on a Thursday, reach out on Friday or Monday at the latest. You don’t want to be the person that a recruiter may have loved talking to, but they can’t remember which resume was yours when they get back to the office. You don’t want them to think, “What was that person’s name?”

Note the names and titles of the people you speak to viewing with and make notes on the topics you covered with them. This will help add a personal touch when it comes time to write thank-you notes (which should be written promptly after the interview).

Follow up with a thank you letter. This level of etiquette and curtesy will speak volumes for you as a candidate of consideration. This is very much a part of your first impression. And do it quickly.

One more note about following up. This should be common sense, but it bears repeating: if a recruiter says, “Call me tomorrow,” make sure you DO! Tomorrow means tomorrow, not three days later.

But before you send ANY type of communication, make sure of these:

• Legible handwriting for a handwritten note

• The communication should be professionally written: no acronyms or language that you would use in texting (this is no place for Lol)

Building a profile that delivers

When you register as a job candidate on our website, you should use great care in filling out...