Relationship-Building: A Key to Success 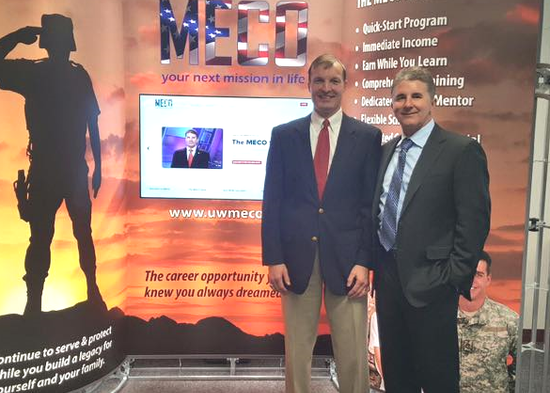 Unique Writers is a national marketing organization specializing in life insurance, annuities, and retirement planning. The company works with people in the home to protect their most important financial assets – e.g., their house, income, and retirement plan. Unique Writers is headquartered in Yuba City, California, and has more than 1,800 agents across the United States.

The company is currently placing more than $6 million annually in life insurance premiums, and anticipates that this will more than double in the next fiscal year due to growth from its Military Exit Career Opportunity program (MECO). Unique Writers designed MECO to give any serviceman or servicewoman who will be exiting military service within the next six months – or who has exited military service in the past six months – a career path that provides immediate income with an opportunity to increase that income quickly. MECO leverages skills, talents, and discipline learned in the military.

The company is looking for career-minded, dedicated professionals who have a desire to help others while establishing outstanding careers for themselves.

The head of Unique Writers is Mike Passaglia, a veteran of the United States Navy. Passaglia served from 1984 to 1989, separating as a petty officer second class. He worked mostly as a signalman; he served on the fast frigate USS Marvin Shields, had two Western Pacific deployments, and was stationed in the Persian Gulf in 1986 and 1989.

Upon separation from the military, Passaglia started working in the life insurance and financial services industry. In the 14 years that followed, he worked in a number of niche markets, and became an expert in mortgage protection.

In 1997, he joined a fledgling national insurance marketing organization (IMO), and then helped it grow to over $30 million in annual sales in less than 10 years. He left this organization in 2011 with a desire to create a more personalized, agent-friendly national marketing organization that could leverage technology to help agents become successful anywhere in the country. He partnered with a few key individuals, and Unique Writers was born.

Passaglia credits relationship-building for his success. “I think that having to have worked closely with others in the Navy taught me the importance or relationships,” he said. “My entire career has been based on the relationships that I have established. They are the cornerstone of my success.”

He encourages servicemembers to start their post-military plans early. “Take every opportunity to learn from others,” he said. “Learn how to communicate effectively and clearly. Begin to think about what it is that you really want when you exit your military service, and begin to make plans well before your discharge date.”

Teamwork is also important, both in the military and in the civilian world. “Learning to work as a team in the military has greatly helped me enhance my career and understand how to lead others,” he said.

“Being disciplined and accountable is key to success in any career, but especially in this industry. Successful professionals in this industry simply do what they need to do each day and follow a pre-planned schedule. The ability to plan, execute, and then evaluate are all things that I learned in the military which make a huge difference in my civilian career.”

For those leaving the military and seeking to build new futures, Passaglia said, “Don’t settle for anything common. Look for an opportunity that lets you earn a solid income while you learn, and then offers rapid advancement and salary/income increases that will meet or exceed your financial goals. You have spent years learning and building your skill set. Put them to use in a way that will benefit those you serve as well as you and your family or loved ones.

“I never would have imagined working in this industry 26 years ago as I prepared to leave the military. But looking back, I cannot imagine having worked anywhere else. I love this business.”

Get Sold on a Career in Retail: Join a Big, Lucrative World

A career in retail may not sound very interesting. But don’t get caught thinking that retail...

Be a Business Athlete - Get into Sales, Part 2

Employers, Roles, and Skills: Many men and women who are transitioning out of the armed forces...