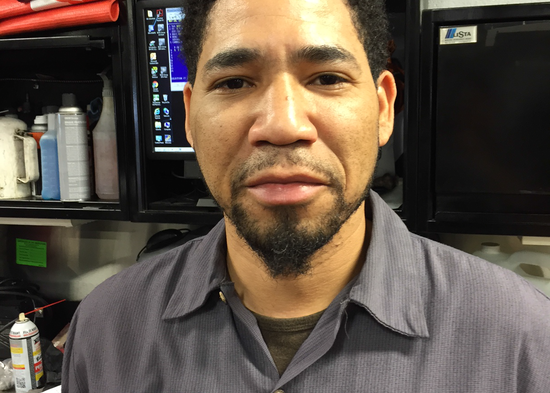 Craig Westbrook, Vice President of Customer Experience at BMW of North America, LLC, comes from a military family. His father was a graduate of West Point and served in the 101st Airborne Division in Vietnam. Westbrook was born in Louisiana and, during his father’s military career, lived at Fort Polk, Louisiana, and Fort Benning, Georgia. Because Westbrook witnessed the true meaning of service through his father’s time in the military, he intends to work with the military – and give back to it – for the rest of his life.

Westbrook has been with BMW for 22 years and has worked for the company on three continents. Before becoming Vice President of customer experience, he held positions in total vehicle quality and in research and development, and he served as Vice President of Aftersales.

His current responsibilities include:

One of Westbrook’s major achievements was the launch of the facelift for the X5 SUV in 2010. The preparation for the launch took two years and involved 4,000 part numbers, and several thousand associates at BMW Manufacturing Corp in Spartanburg, South Carolina.

The entire assembly line conversion took place over a weekend. The old X5 assembly was shut down on a Friday, and the new X5 was being produced the next Monday morning on the very same assembly line.

An example of Westbrook’s commitment to the military occurred at BMW’s National Aftersales Conference (NAC) in 2015. Traditionally, time is set aside during the conference for spouses and partners of attendees to have a spa day or an outing.

In 2015, however, Westbrook changed that. He hosted an event at which the spouses and partners wrote letters to men and women of the military and made care packages for them. “It is extremely important that we serve the people who have served us,” he said. “It is a return on investment for those who have been on the front lines for us. For me, this is very personal. The culture of recognition is something that has to exist throughout everything we do.”

Westbrook recognizes and rewards BMW technicians by staging ride-and-drive events for them. “The technicians are the unsung heroes at the dealership,” he said. “The ride-and-drive is a way to recognize them for all the work they do and get them behind the wheel of M3 sedans and M4 coupes in a track environment. These are vehicles they normally don’t have access to, especially under track conditions. Recognizing the technicians helps carry the idea of recognition over to the spouses and partners of the NAC participants who helped make the NAC event possible.”

According to Westbrook, men and women from the military bring a high level of maturity to BMW. They are goal-oriented, highly trained team players, and they understand leadership models. Such individuals have the fundamental skills needed to be successful BMW technicians at the dealer level.

What MOS’s translate well to the role of a BMW technician? The traditional MOS’s of wheeled vehicle mechanic and motor pool still apply. And with the amount of technology found in BMW vehicles today, additional MOS’s are quite valuable – e.g., avionics, advanced electronics, and helicopter technician.

The future of military recruiting will continue to grow under Westbrook’s direction. For example, the company is developing a new on-base technician training program. Men and women of the military will receive a BMW technical education so that, when they leave their military careers, they will be ready to begin civilian careers as BMW technicians. BMW will also be looking to develop mentoring and dealer-education programs to support long-term careers.

“We have a great brand, a great company,” said Westbrook. “We have fantastic customers and great dealers. What an awesome thing to leave the military family and be welcomed into the BMW family.”

Winston Greenidge spent 15 years in the United States Air Force, separating as a technical sergeant. In the Air Force, he served as an aircraft technician. Since 2014, he has been a BMW technician, performing repairs and maintenance.

The technical training and the ability to focus on details that Greenidge developed in the Air Force are serving him well in the civilian world. “In the Air Force, I was constantly involved in operations that included aircraft maintenance, depot-level inspections and modifications, and interpreting maintenance directives and schedules,” he said.

The people skills he acquired in the military are also paying off. “They help me now, because I know you have to work well with other employees – and with customers – to ensure vehicles are repaired correctly,” he said.

The core values that are instilled in servicemembers help Greenidge every day. “An attitude, certain characteristics, and a way of life were bundled by the Air Force and embedded in me as core values,” he said. “The USAF states, ‘Integrity first, service before self, and excellence in all we do.’ The core values give me a standard for working with colleagues and customers when it comes to being a technician.”

Greenidge has found success in his two years with the company. “The milestones I’ve accomplished since working at BMW include two FastTrack classes to include ‘Technician’ and ‘Intro to BMW,’” he said. “And since taking those classes, I helped achieve a customer satisfaction above 91 percent.”

The former aircraft technician believes veterans will feel at home at BMW. “There are many opportunities in the field,” he said, “and BMW is a very good choice, due to the technology of the vehicles and the way the vehicles must be approached to repair.”

Greenidge also believes that veterans will find the BMW culture appealing. “BMW is great organization for vets due to the ever-changing demands of being up to date when it comes to the various models,” he said. “Approaching repairs sometimes take a team effort, heavy research, and diagnoses. Here at BMW, there are multiple avenues used for repairs – whether it’s online tech manuals, videos, or bulletins. There is always an avenue to get a task done. Utilizing technology and teammates on a daily basis is nurturing to a vet in a workplace, in my opinion.”

Greenidge has this advice for those leaving the military to pursue civilian opportunities: “Do research, and stand up for what you want from an employer. Most likely, the military has endowed you with skills that would provide you with an edge over a civilian counterpart.”

Get Sold on a Career in Retail: Join a Big, Lucrative World

A career in retail may not sound very interesting. But don’t get caught thinking that retail...

Be a Business Athlete - Get into Sales, Part 2

Employers, Roles, and Skills: Many men and women who are transitioning out of the armed forces...

When it comes to putting on high-quality military-to-civilian job fairs, RecruitMilitary has...