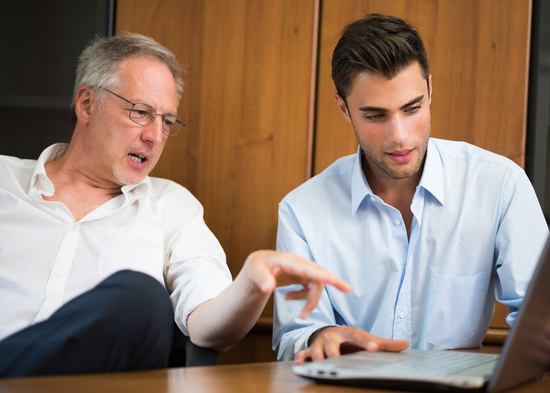 No matter what branch of service from which they hail, all veterans have one thing in common: they go above and beyond the call of duty to help out their buddies. And it doesn’t stop when they take off the uniform for good. Veterans who have successfully navigated the waters of the civilian job search share their best advice:

When opportunity knocks, put it to work for you.

Take advantage of all the opportunities you can while you are still in the service, including volunteering for assignments. “Most people don’t want to do that because it seems like extra work,” one Air Force veteran admits, “but I saw it as an opportunity to learn new skills that I could use to market myself.” In that vein, he volunteered to participate in the Air Force Smart Operations for the 21st Century (AFSO 21) – a military version of the Lean Six Sigma program. He attended for free and earned a certification.

Tracking your projects pays off.

Since a lot of military work is project-based, it’s critical to track, categorize and keep detailed notes on all the projects of which you are a part. One veteran relates how after he retired, he was able to earn his Project Management Professional (PMP) certification using project hours he earned while still in the Air Force. He urges keeping connections and retaining contact information with people who worked with you on a project for audit protection as well.

“Transitioning military members should be involved in professional organizations, such as their local chapter of the Project Management Institute. It’s a great way to begin building civilian networks and get discounts to certification training and tests.” In fact, one veteran recalls how his colleague reached out to his local PMI chapter before he retired, and took advantage of discounted training. He was able to complete his PMP certification before he retired, raising his marketability before he began his job search.

Learn how to spin.

One Army veteran relates, “Even though I was interviewing for a position with a water company and my experience was in fuels, I did know about safety, lab procedures, and how to test jet fuels. So I spun that and talked it up. It forced me to examine my skills and experience and see where else they could apply. I was able to spin my old skills into a new career,” he said.

Have faith in your transferrable skills.

“The soft skills you learned in the military probably brought you through many hard times. You already possess so many qualities that employers are looking for,” recalls a Navy veteran.

“I told the airmen who worked for me all the time, ‘Never let another person shut the door on you.’ I had to remind myself of that phrase when I was looking for a civilian job, but it helped me stay on track.”