From the Navy to Showbiz 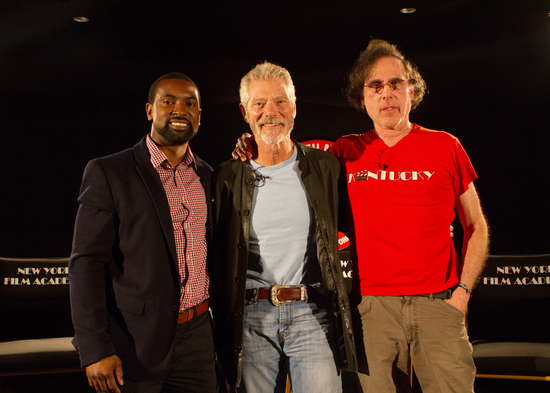 Founded in 1992, the New York Film Academy (NYFA) is a nationally accredited school of visual and performing arts. NYFA has campuses in New York City, Los Angeles, South Beach (a part of Miami Beach), and Gold Coast and Sydney, Australia. In addition, the Academy conducts workshops in cities worldwide, including Florence, Paris, and Moscow.

NYFA offers a tuition-discount program to all qualifying student-veterans and their family members. The Academy has veteran-staffed support offices at all three of its campuses in the United States. Those offices help veterans transition from the military to student life, while acclimating them to living in a new city. Student-veterans and their family members are a vital component of NYFA’s community. The Veterans Program supports more than 250 veterans who are currently enrolled. Various student-veteran organizations participate in team projects related to their educational and professional objectives, and their members enjoy programs that provide social interaction and support.

Colonel Jack Jacobs, an on-air analyst for NBC and MSNBC and a member of the faculty at West Point, is chair of NYFA’s Veterans Advancement Program. Colonel Jacobs served in the United States Army for more than 20 years. His heroism in Vietnam earned him the Medal of Honor, two Silver Stars, three Bronze Stars, and two Purple Hearts.

“There is nothing like military service that gives young people authority and responsibility at an early age,” he said. “If there is anybody prepared to lead, it is the veteran. I joined the New York Film Academy to support and encourage veteran students studying here to utilize their military service experiences and skills in pursuing careers in the film and media arts industries.” The Academy has found that veterans have many of the attributes necessary to be successful in those industries, including discipline, drive, perseverance, a strong work ethic, creativity, and a team-focused approach. Each veteran has a story worth telling and a unique voice with which to tell it. What better way to express that story than through the visual and performing arts?

Eric Brown served seven years in the Navy, working as a gas-turbine technician aboard a Navy vessel. After his service, he attended and graduated from NYFA. He is now NYFA’s veteran outreach coordinator. He works with governmental organizations; military bases; and national, state, and local veterans’ services organizations such as the Iraq and Afghanistan Veterans of America and the Soldiers Project. He also gives presentations at veteran and military-specific events, and organizes specialized filmmaking and acting workshops. He advises students regarding the availability of veterans’ benefits and helps them complete their paperwork to obtain and maintain benefits.

Brown’s military experience and NYFA education also landed him a role on TV. He played an FBI agent in two episodes of Burn Notice. Brown says that his military experience is a huge asset, especially when connecting with the student-veteran population. His knowledge and experience helps establish a bond of trust with other veterans because of his compassion and his understanding of their issues. He encourages servicemembers to continue their education and always be positive. “I have found the New York Film Academy to be an excellent place for veterans,” he said. “The Academy provided me the hands-on training that I needed to become fully involved in the industry and to truly hone my craft. “In addition, there was a dedicated team for veteran support, without which I would not have been as successful. The people that work here are supportive and always willing to lend a hand.”

For servicemembers who are thinking about exiting military service, Brown says there’s no time like the present to get ready. “My advice would be to hit the ground running,” he said. “Be prepared. Have your resume crafted, edited, and in hand. Remember your confidence and strength that you found through military service. Keep your eyes open for opportunities that you may not have expected.”