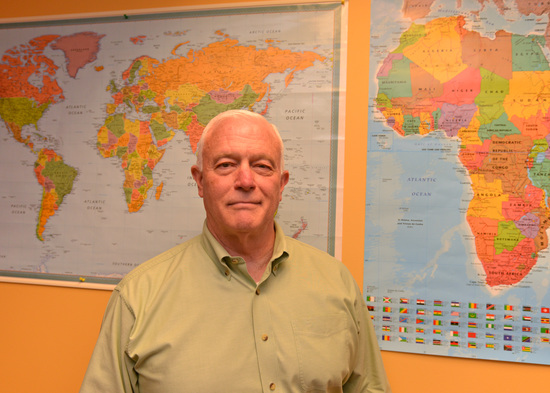 Abt Associates provides research, technical assistance, and consulting in the fields of health, social and environmental policy, and international development. Its customer base includes governments, businesses, and private organizations. The company’s global staff of 2,600 works in more than 40 countries.

Abt Associates is an employee-owned firm headquartered in Cambridge, Massachusetts. It has multiple locations in the United States and offices in Africa, Asia, Europe, Latin America, the Caribbean, and the Middle East. The company was founded in 1965. It grossed $510 million in the fiscal year ending March 31, 2015.

The firm is regularly searching for professionals with backgrounds in health, education and workforce development, climate change and environment, food security and agriculture, housing and communities, and survey and data collection. Currently, its biggest hiring needs are in finance and contract analysis, programming, information technology, and human resource information systems (HRIS).

Abt Associates places a very high value on recruiting and retaining talent from all five branches of the military and at all levels of expertise. The company has found that veterans make great employees because the balance of patience and aggression is often necessary when working in the governmental sphere – and veteran employees almost invariably have this balance.

Over the past year, the company has hired veterans into the human resources department, the social and economic policy division, the information technology department, the international economic growth division, and the contract operations department. The firm intends to continue growing its group of veteran employees and to reach out to other organizations to continue its searches.

David Rolph served in the United States Army and the Army Reserve for 29 years, retiring as a lieutenant colonel. He was in Special Operations, with an expertise in military intelligence. Now, as the director of global security at Abt Associates, he has translated his military skills to his position within the human resources team. His main responsibility is to ensure the safety of all company personnel across the globe.

Because Abt Associates typically provides help in the most dangerous regions, Rolph’s job is extremely critical. He has served in this capacity since June 2009.

“The most important military experiences that helped lead me to my first civilian opportunity were based around my educational opportunities,” he said. “While in the military, I found it to be highly valuable to garner as much education as I could to become in expert in my specialty. I trained extensively and learned as much as I could about military intelligence. This training allowed me to not only take advantage of the GI Bill and go back to school when I completed my active service, but also to gain highly valuable skills that helped me land my first position at the Central Intelligence Agency prior to my work at Abt.”

Although Rolph did not go directly to Abt right out of the military, he feels his journey was worth it. “I tried out a few other industries following graduate school, including life as a lawyer, but I feel that my military experience and education in intelligence led me to where I am today.”

“I believe that many military candidates can do the first very easily, and that pride in seeking and accepting responsibility is actually one of the top communication skills that you will see in military candidates. Furthering education is not always so easy, but the military allows for many to take advantage of education opportunities while still on duty.

“My son served on active duty for seven years and, in that time, was able to complete university extension courses and other classes. That allowed him to become a software engineer very quickly after he wrapped up his time with the military. It is not easy, but if you can seek out the education yourself, you will find that there are a lot of options.”

The fact that his contribution has global impact is a major reason Rolph enjoys working at Abt Associates. “Abt allows me, and many others, to make immediate contributions in ways that few other companies do,” he said. “There are a lot of firms that work for their fellow man, that are designed to bring peace, and that do the humanitarian work that we do. However, few companies allow you to really make a difference. I have a staff member that works for me who just graduated college a few months ago, and I have already sent her to Nigeria, Tanzania, and eight other countries. There are not many companies that allow you to gain the substantive, on-the-ground work that you will find at Abt Associates.”

Interested in a Government job? Use our job board to find one!