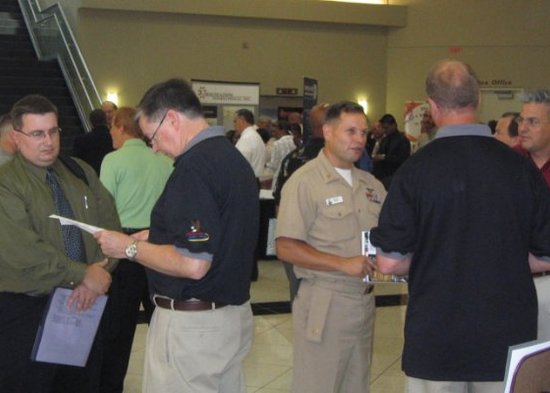 Of all the many myths that attend the veteran job search process, perhaps one of the most widespread is the belief that answering job postings online suffices for a comprehensive job search strategy. It is very common for job seekers to spend hours each day firing off resumes and cover letters to every online posting to which they can rationalize some sort of a connection. Not surprisingly, these efforts usually fail to even elicit a response from the employer. This breeds frustration for the job seeker and can lead to bouts of self-pity and defeatism.

It took only a few months into the evolution of the commercial Internet during the late Nineties for employment media companies to transform the old newspaper help wanted advertisement into the online job posting. At first, it seemed like a magical solution. From the comfort of the job seeker’s computer, he could simply send resumes directly to employers in response to their stated needs. No longer would job seekers have to print their letters and credentials on fancy paper, lick stamps or wait for weeks for company responses.

Very quickly, the employers discovered that the ease with which job seekers could apply resulted in an over-supply of candidates who often had only the most tenuous fit for the advertised opening. Employers came to regard job postings as a necessary tool but one that was fraught with inefficiency of time, money and efficacy. Job seekers, for their part, learned that in most cases applying online was akin to firing communications into a virtual black hole of non-responsiveness.

Today, CareerXroads estimates that only 13.2% of jobs are found through online postings. So why do military experienced job seekers insist of pursuing this path? In a word, convenience. Given the choice between the intangible hard work of networking and developing social networks and sitting at home requesting Linkedin connections and applying to jobs online, most will select the latter and assume their sufficiency. It makes the seeker feel like she is “doing something” without working too hard or intelligently. The strategy even has a name. It is called “spray and pray.”

Rather than blindly apply to job postings online, in most cases veteran job seekers should see a company’s posting primarily as a valuable piece of intelligence. It is critical to know that a company has (or perhaps until recently had) an open position. One should study the job description and seek to articulate to oneself why the position is a fit for one’s skills, ambitions and experience. But the hard work begins with the online application, it does not end there.

If an online job catches the seeker’s fancy, she must figure out how to get directly to the hiring managers for the position. Some techniques include calling the company and asking a receptionist who is responsible for hiring that position or leveraging Linkedin to identify useful relationships. Like a military S-2 unit or a crime profiler, the veteran job seeker needs to summon his inner sleuth to find a way to identify the appropriate people.

Ideally, the networking job seeker will learn of a position before it is posted. Remember that some postings exist only for regulatory or corporate diversity compliance. If you don’t get in before the job is posted, it may be too late.

The key to effective job search is being referred by a person trusted by the employer. It is through networking that veterans acquire such access. It bears mentioning that job postings tend to be more effective where the position calls for a very specific skill set. For example, job seekers that offer specific and recognized certifications that match the job need like registered nurses or programmers of certain software languages will have better luck with direct posting applications than those who offer general skills and degrees.

Applying to online postings is a tool that is readily available to all job seekers. Used in conjunction with a focused networking strategy that includes quality career fair attendance and bilateral conversations, postings are a valuable source of intelligence and insight and occasionally direct access to jobs. Used alone and without integration in a serious job search campaign, utilizing postings alone is akin to buying lottery tickets as the sole means to attaining financial independence.

You might get lucky but the odds are not with you.