Writing a thank you note after an interview 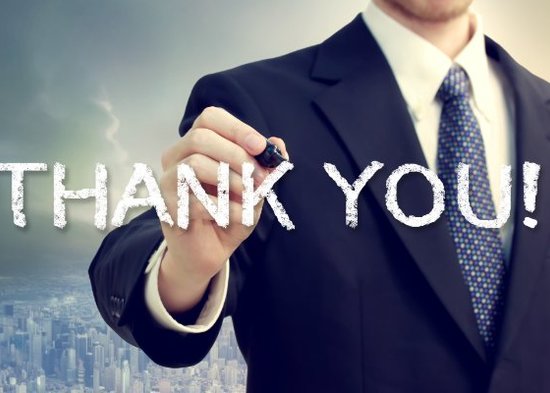 Writing a thank you note after an interview is just as important as any other part of the job seeking process. A thank you note shows interest and your ability to follow through. Also, in the words of Sheldon Cooper “It is a non-optional social convention.” To prove the point, I asked Mike Francomb, Senior Vice President of RecruitMilitary, about his experience with the hundreds of interviews he has conducted. Mike stated only 50% follow up with a thank you letter. He followed up this statistic by saying, “it’s abysmal.” To me that says it all about the opinion of a hiring manager after taking the time to conduct the interview and not hearing back from the candidate. Hiring managers expect it -- and without it -- they will likely move on to the next candidate.

In many cases, an email is sufficient. Send the email no later than twenty-four hours after the interview. Take time to mention something shared with you during the interview and to express your continued excitement and interest in the position. If you want to go a step beyond, send both an email and a handwritten note that will arrive a couple days later. Receiving both will remind the hiring manager about you both immediately and several days after the interview.

When writing the note, make sure not to use a form letter. Write the letter based on the experiences you had in that specific interview. Take notes during the interview and pull the topics of the interview into the note. If there was any topic that you did not feel was a slam dunk, this is your chance to fix it! For example, you can make a statement that “With further reflection” or “I’d like to briefly re-address.” Lastly, make sure to capitalize on how you will benefit the department or organization. If you met with a department head and the district manager, send one note to the department head detailing how you would benefit the department, then send another note to the district manager on how you would benefit the organization. They key point is to not send the same letter to both individuals.

I understand writing these notes can be tedious or even stressful. You may find yourself overthinking and over analyzing for hours. However, the letter is the step that will put you a step above the rest.

Building a profile that delivers

When you register as a job candidate on our website, you should use great care in filling out...