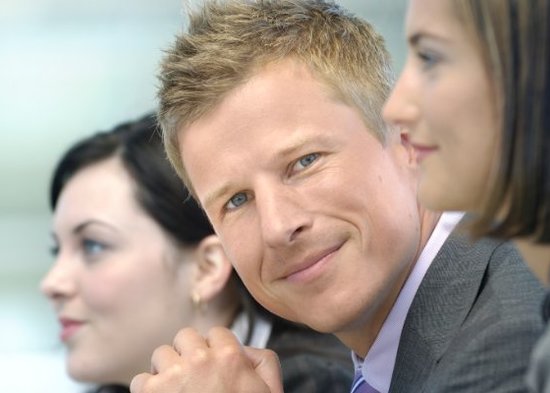 For some years, all transitioning military personnel have been required to complete career planning classes before they leave active service. Known by acronyms like TAP, ACAP or GPS, these courses aim to confer to the soon-to-be veteran the skills, attitude and contacts he or she will need to conduct an effective job search. During those precious hours, well intentioned contract instructors labor to convey the best-practices experiences of the thousands of personnel who have transitioned before. Much of the content is good, like how to write a resume, but many of the learning points are unhelpful at best and damaging at worst. While teachers struggle to hold the attention of daydreaming of home men and women of all ranks, the service members learn lessons that will be damaging to their transitions. Veteran job seekers who are ambitious and driven will do well to beware of these counterproductive messages and in many cases do the opposite of what is taught.

This is the first in a series entitled “Lies They Tell Transitioning Veterans.” The title is not intended to be incendiary but it should grab the attention of the veteran reader. The cumulative effect of these transition class errors is to derail the job search of many and to diminish the effectiveness of the others.

First, we look at the pernicious message that one’s assigned Military Occupational Specialty (“MOS”) will dictate one’s civilian career options. In subsequent installments we will review other assumptions and errors.

In the past few years, “experts” have explained partially the apparent disconnect between the demand for effective workers and the supply of high quality veteran talent as a matter of the former simply not understanding the latter. In this view, if the hiring company or the job candidate veteran were to simply insert her Military Occupational Specialty code into a software box, an algorithm could “translate” the job experience into a civilian job title that would make sense. Most MOS translation software is either humorously obvious (e.g. an Army truck driver can drive civilian trucks) or discouragingly limited (an infantry sergeant should be a security guard). For most veterans these software programs are an exercise in limiting their options rather than expanding them.

Veterans spend an inordinate amount of time focused on the superficial terminology of their resumes and become restricted in what they think they are qualified to do. Instead, job seekers should think of their MOS like a college major. If an MOS is directly applicable to a civilian job that the veteran wants to continue (e.g. medical technician, pilot or electrician), he should use it to demonstrate his fit and qualification. If not, as with those who served in the combat arms, it should be seen as an opportunity to demonstrate intangible characteristics rather than specific job skills. For example, a former Army Ranger should have no trouble communicating that he is tough, team oriented and doggedly determined to accomplish his quota in a sales job. This is much like the fact that no one who understands the value of a quality liberal arts education should ever suggest that a History or English major is good for nothing but teaching.

Who you are is much more important that what you were classified to do in the military. Know how your military experience might be valuable in the civilian market on a conceptual level if the literal aspects are not compelling. For example, there is little demand for computing artillery firing data in the civilian world, but there is tremendous need for people who can work with numbers on a team with very tight deadlines and lots of pressure. Concentrate on communicating those benefits rather than apologizing that you don’t fit exactly the enumerated job skills of the civilian position.

Your military experience is in high demand in the civilian world. It is the reason why veteran unemployment is lower than civilian employment. Veterans make great employees. Have confidence in who you are and what you are capable of accomplishing. Tell your story, and don’t let any piece of software or a misguided classification of your experience hold you back.

A tip from SVP Mike Francomb "Know what career you want"

This is the third in a series. In this segment, we explore the myth that veteran career fairs are...

Tongue-Tied at a Veteran Career Fair? Try These Talking Points.

Recruiters at veteran career fairs want to know about your development, team work, and leadership...

The more precisely you convey your value in terms civilian employers will understand, the closer...