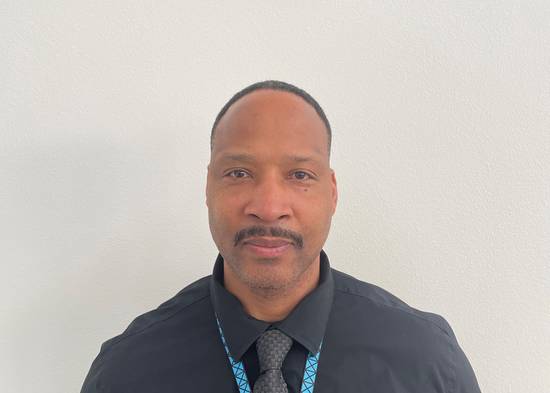 After 30 years of military service, Vaughn Morton retired as an officer from the U.S. Navy.

Initially, he took a role at an organization that didn’t feel like the right fit, but he was grateful to have a job while he continued to look for the right opportunity.

Morton applied for many roles in that span of time, but nothing worked out until he added RecruitMilitary services to help power his job search. Shortly after creating a RecruitMilitary profile, our recruiters introduced Morton to his current employer, Kern Technology Group (KTG).

Read his story and advice for those transitioning out of the military:

What is your role at KTG?

Vaughn Morton: My role is called P2P analyst and I was recently promoted to a program manager. As a P2P analyst, I work with leadership at SURFPAC. We use the P2P methodology to identify issues and we discuss how to drive performance and impact the outcome of what we're trying to achieve. And this is all based on the recommendations of the “surface boss” or SURFPAC vice chief.

How was the transition from the military into this role?

VM: I would characterize it as “not a traditional transfer from the military.” And what I mean by that is, most people have a plan before they transition. That didn't happen for me. Promotion wasn't favorable at the time, and I was faced with the reality of transitioning out of the military without a job. At the time, I was in the middle of the Saudi Arabian Gulf, so I had to come back stateside to start the transition process.

Some people are of the assumption that they get out of the military and all these jobs are waiting for them. There are a lot of jobs out there, but you still have to apply for them.

Timing and opportunity are key - and so is being ready when the opportunity exists. I got out in 2019 and I started with a different company. I did this job the best I could, but I wanted more. I was capable of more and just wanted something more challenging.

I kept my resume up to date and was applying to different jobs when I came across RecruitMilitary. I set up a profile and occasionally looked for jobs. One day, my representative at RecruitMilitary contacted me and said KTG was interested in an interview. And the rest is history - I've been happy ever since.

What was the biggest challenge you faced in your job search?

VM: San Diego is a highly saturated market for my skillset - I imagine everybody’s resume looks the same. I was trying to figure out how to stand out. I was applying for jobs and not getting any callbacks.

One thing I would recommend to anybody: Know your strong points and where you fit. For me, that was government contractor jobs, because those jobs are closely associated with the military. So that's what I focused on, and I started gaining interest.

But the challenging part was staying in the game and not giving up. There were a lot of disappointments.

Do any of the skills from the military transfer into your current role?

VM: Yes - I do feel that the skills from the military transitioned into my job. My customer is the military, and a lot of my team are retired military personnel, so we all understand the process of the military. We're just not in uniform anymore.

In my current role, I'm involved in a lot of team briefs and working groups which require confidence and leadership.

What advice would you give someone who is getting ready to transition out of the military?

VM: RecruitMilitary worked for me. So if you're using different job search sites, I highly recommend you go with them.

And if you haven't done so already, get your resume ready, keep it updated, and tailor it to the specific roles that you are applying for.

What do you love about your new job?

VM: Kern Technology Group is a great place for veterans. You work on your own sometimes and you're not necessarily “in the office.” You're assigned to different regions and organizations.

It is a great growing company. We have weekly meetings and I love the communication and staying in the loop of things. Like I said, I've been recently promoted, so I'm very happy with where I'm at.

Ready to forge a new career path after the military? RecruitMilitary is here for every step of the way. Start by creating your RecruitMilitary job seeker profile. We'll guide you from there!