If I'd Gone to the Job Fair Sooner, I Would've Had a Job This Whole Time 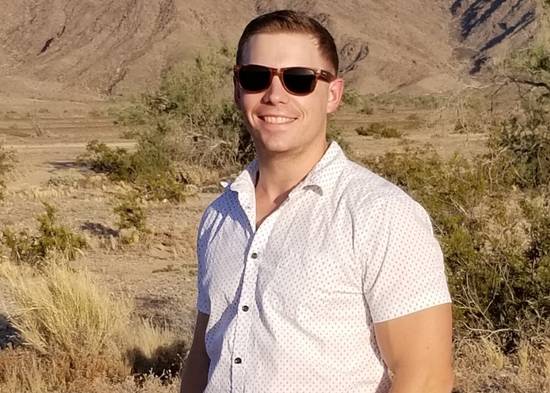 U.S. Marine Corps Captain JC Wright thought he did everything “right” when it came to preparing for his transition out of active-duty service.

He even had a job lined up. But when that fell through, he had to scramble to find a replacement. Though his job search took longer than anticipated, when Wright attended a DAV | RecruitMilitary job fair, everything turned around.

Now, Wright is a systems engineer at Raytheon Intelligence & Space, where he’s already experiencing what it feels like to work for an employer that values his military background and skills.

Here are some of the valuable lessons he learned on his journey so far:

Complete your RecruitMilitary job seeker profile to take the next step in your post-military career.

Read his full interview below

Tell us about your military service.

JC Wright: I’m a captain in the United States Marine Corps, currently in the inactive ready Reserves, but I did eight years on active duty. I was a communications officer, so I've held several billets. I was an IT manager in the Marine Corps and in the last three and a half years, I was a cybersecurity manager/information system/security manager.

Please tell us about your new job and job title.

JW: I'm a systems engineer at Raytheon Intelligence & Space. Basically, I build cloud infrastructure for customers and then manage the life cycle.

Tell us a little about your transition from active duty.

JW: I had a job in hand. It was supposed to be a G.S. position out in Yuma. But that fell through, and I had to jump through hoops and start sending my resume out. But I never got any bites.

It wasn’t a matter of not following up with the company. There was nobody to follow up with. You submit your resume and if they want something, they will call you. I thought, "It can't be the system, because according to the news, there are millions of jobs available."

There was the transition readiness seminar that the Marine Corps provides. They had a civilian that helped with sprucing up your resume, but it was not good. My resume was four pages long!

Then I had some mentors look at my resume. They gave me some pointers, and I also did a lot of research that helped me translate military terms to private sector terms.

How did you end up at a DAV/RecruitMilitary job fair?

JW: The certification school I was attending sent an invite to their presentation at the DAV | RecruitMilitary job fair.

I wasn't in the mindset of job hunting at that time because I was going through IT certification courses. I just went there as practice and talked to so many recruiters that were hungry for my resume. They wanted to see it. And then the final booth was Raytheon.

What was your experience getting your position with Raytheon?

JW: They were the last exhibitor I talked to because everybody was in line for Raytheon. I got in line and the first recruiter looked at my resume.

He asked if I have a security clearance, which I do. He passed me on to the main recruiter who told me that he wasn’t hiring for cyber security, but Raytheon sometimes hires folks with IT backgrounds for certain positions and then train them in those positions. They hire you because you have a clearance. If you have a security clearance and it's active, you need to leverage that clearance.

That was on a Thursday. The recruiter told me "I'll pass your resume around. And if you don't hear anything from me, give me a call back in a couple weeks." I left thinking nothing was going to come of it. But on Sunday night I got an email from Raytheon's human resources saying they wanted to move forward with the hiring process.

With my cyber-security background, I was suspicious of the email at first. Was it a fake? Was it spam? (https://recruitmilitary.com/job-seekers/resource/116-avoiding-job-posting-scams) I checked and made sure it was all legit, then put my application in on Monday. They called me on Monday to tell me I had been selected.

A year and a half of applying for jobs with only two bites. And then I go to a DAV | RecruitMilitary job fair and bam, I get an offer. It was crazy.

What was the biggest challenge you had to overcome in your job search?

JW: I would say it was my resume because as soon as I changed the verbiage from military or government terms to private sector terminology, I got two big hits.

What makes your company a good place for veterans?

JW: Raytheon is awesome for veterans because there are a lot of veterans that work for Raytheon. I think there are five or six vets from various different branches that work in my program.

But the company also have employee resource groups for mentorship. They have forums and post white papers and have discussions on how you can advance - not only in the organization, but expanding your knowledge on how to do your job better. It's veterans mentoring veterans inside the company.

Which skills that you developed in the military translate to your new role?

Work ethic is another because in the military, we work hard to play hard and more often not, if you do a good job, you are rewarded with increase in rank and salary. In the private sector, your track record speaks for itself and if you’ve been outperforming your peers you're more likely to get promoted.

What advice do you have for transitioning members and spouses during their job search?

Coming from someone who couldn't get hired for a year and a half, if I would've gone to one of these events when I first left active duty, I would've been hired. I would've had a job for the past year and a half, but I didn't because I thought, "I can do this all on my own." Well, sure you can, but it'll be a little bit harder.

Ready to make your own career transition? RecruitMilitary is here for every step of the way. Start by creating your RecruitMilitary job seeker profile. We'll guide you from there!