It Only Took One Good Career Fair 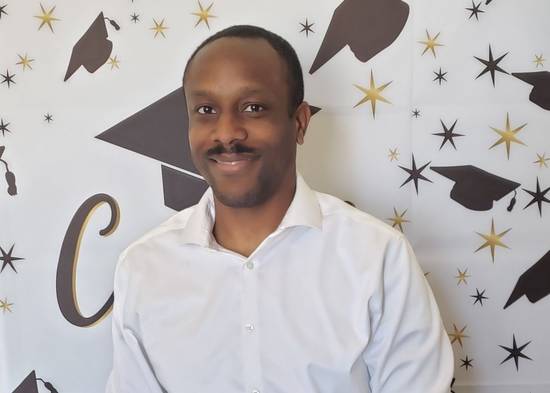 After 11 years in the United States Air Force, Christopher Griffin’s transition into his new role as a cyber engineer with Oasis Systems felt surprisingly natural.

Here’s how he found a role that fits his military skills and expertise.

Tell us about your military background:

I was an acquisitions officer for developmental engineer for the U.S. Air Force for 11 years before I separated. I've officially been in veteran status since November 1st, 2021.

I currently work for Oasis Systems as a cyber systems engineer. It's a big, fancy title that basically says I do project officer work. I am doing roughly the same thing I was as a military officer, just as a contractor now.

How was the transition into this role?

When did you start this job?

I officially started in late October 2021. But they hired me back in early October and said, "We really want you here on October 1st, but we understand you live in California, so it's going to take you some time to move." I was in Texas at the time.

What obstacles did you face in your job search?

I was separating from the military earlier than anticipated and needed to find a job. I figured the government spent a lot of money for my security clearance, so I might as well look for a job that needed one.

But all the jobs I saw didn't pay anywhere close to my salary as a captain in the Air Force. I either needed something comparable to my military pay to take care of my family, or I needed a drop in the cost of living.

I found out about RecruitMilitary from the Airman and Family Readiness Center. That was my job for the next few months: utilize RecruitMilitary resources to find a civilian role.

They say, “It takes a village” and if you have a village, you better use it.

How did you find your current role?

I went through many iterations with my resume. I ran my resume through the Department of Labor first, then my stepmom, who was a former GS 15 (federal government employee). And then I had someone at RecruitMilitary review. I got great feedback from all of them.

RecruitMilitary shared details about career fairs that were coming up. I took advantage of a virtual career fair because COVID didn't allow me to go in person.

I was able to talk to some of the vendors before the career fair even started, so that gave me the chance to find out what folks were looking for. It worked out great because a lot of times the people who were interviewing me were veterans. They already knew what kind of unique skills we bring. I was actually hired by a veteran who interviewed me.

It only took one really good job fair. Within a week I had an offer.

What advice do you have for transitioning service members, and spouses, during their job search?

Take advantage of all the resume resources. They'll be honest with you. If your resume isn't good enough, take the feedback, fix it, and make it work.

Apply to as many jobs as you can. You may get rejections from five, but that sixth one could be the difference between: "Time to look for another job" to: "Time to start my new job!"

Ready to make your own career transition? RecruitMilitary is here for every step of the way. Start by creating your RecruitMilitary job seeker profile. We'll guide you from there!