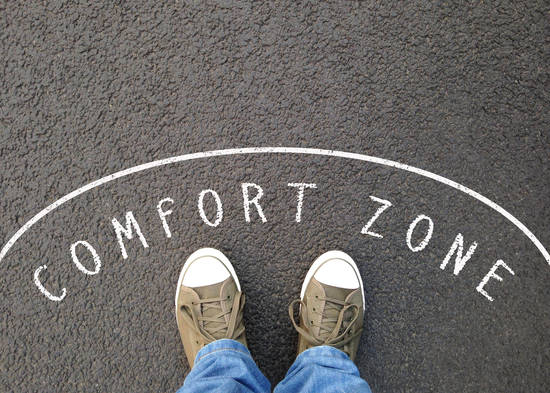 U.S. Navy veteran Christopher Robinson once used RecruitMilitary’s services in his job search. Now, he uses our services to hire more people from the military community.

Will you share a little bit about your transition from the military?

I was a submarine officer on the USS Pennsylvania. The military was the first job I had, and I fell in love with it. I had always been passionate about manufacturing and had a large and growing family. When I made the decision to get out of the Navy, that was of course, just one decision. The next question is where do you go from there? RecruitMilitary helped me with my search.

Ultimately, I was placed into a project management role. It was an individual contributor role with no direct reports, but a lot of responsibility in terms of multimillion dollar projects. I stayed with that company for more than 11 years in roles with increasing responsibility. Eventually I left that role for a short stint at another company before finally finding my home at Mitsubishi Power in 2020.

At Mitsubishi Power I'm the General Manager of their Orlando Service Center, which is a large factory with about 300 personnel that makes blades and repairs parts for large industrial gas turbines. It's a great and rewarding experience.

What intangible military skills are most applicable to civilian employment?

Grit, for lack of a better term. It's important for somebody to have a positive attitude and determination. This mindset is common in the military community and in veterans coming out of the military. Grit is something I search for as a hiring manager.

Another strength is teamwork. I have to say, there's a lot of folks in the civilian world who don't have the same definition of teamwork as you might, coming out of the military. Real teams have been formed through shared responsibility and are willing to truly sacrifice for each other. In my mind, that is indispensable and certainly favors those who are searching for talent coming out of the military.

What was the greatest challenge of your transition?

The greatest challenge I had in my transition was really understanding the search process. A lot of things in your military career are automatic and on a set timeline. You know when your tour of duty is going to end, you are assigned your next job or command. It's a very fixed and rigid process.

The civilian world for better or for worse is wide open. When starting your search, I recommend setting some parameters first:

That's all wide open and that can be absolutely liberating and empowering, but it can also be a little bit intimidating.

What advice do you have for those entering leadership positions?

I've been blessed to lead some very good teams. Some of my leadership roles were “turnaround situations,” where ultimately the team was suffering and just not on the right course. I was charged with turning that around and taking the team back to a path of success. I would say I've had some success in my career and making those turnarounds happen.

Although technical knowledge and process is very important, as are all those managerial skills, the biggest ingredient to my success has been forming the right team.

That might mean, unfortunately, taking some folks out of the organization who are not team players, but most importantly, bringing in new team members who have the right stuff. So hiring the right talent and picking the right folks is absolutely vital.

There are some things that you can't delegate. Deciding who's on and off the team is a solemn leadership responsibility that can't be delegated, and it's probably going to be the most important decision you make if you go into a leadership role.

The military has 14 leadership traits (Bearing, Courage, Decisiveness, Dependability, Endurance, Enthusiasm, Initiative, Integrity, Judgment, Justice, Knowledge, Loyalty, Tact, and Unselfishness.) I'm convinced that all of those are valuable for any team member and are indispensable for a leader.

If I had to pick one of them, I would say unselfishness. Ultimately unselfish people can be truly giving to the team and can make the sacrifice and do what it takes. Doesn't mean the person's not ambitious. In fact, some ambition aligns with unselfishness because if the team needs a leader, the unselfish thing to do is step up.

I like hiring veterans. As a hiring manager, I have noticed that there are some knowledge gaps, which can be a little bit jarring. To address this, I would challenge those coming out of the military to spend the time to do the research and understand the civilian vocabulary. Be able to describe your resume in civilian terms.

In terms of the strengths, veterans have that can-do attitude, that teamwork, ultimately, that grit and just an overall work ethic. It usually night and day difference over a lot of the civilian folks who are applying for the same roles.

What is your greatest hiring success story from veteran talent?

When I think about my greatest hiring success, I have four individuals in mind. The most impactful thing I had done for the business was bringing them onto the team.

What did they have in common? They were all military veterans, but it was a mix of former officers and former enlisted. I hired them all through the RecruitMilitary organization, and each of them just absolutely over-exceeded and delivered to the team. They made everybody else look like they were standing still. It was a great experience and a real pleasure to work with them.

Ready to take the next step in your career? Search new jobs and hiring events from your RecruitMilitary job seeker profile.