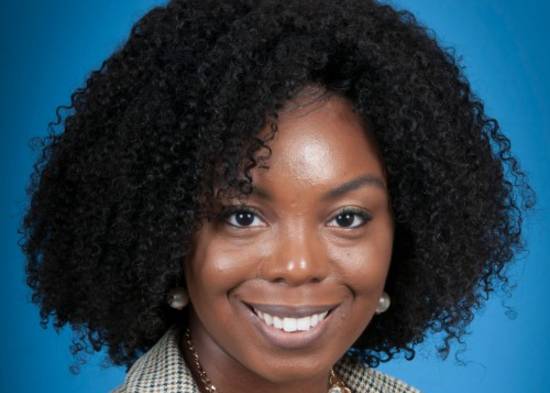 Veronica Medley is the daughter of two U.S. Army veterans and married to an Army staff sergeant. When Medley’s spouse received PCS (permanent change of station) orders, she needed a job on or near their future base.

Medley began the job search process, but found that many employers needed certifications she didn’t have. Medley worked as a career counselor at their duty station, and realized she needed to take the advice she often gave to the job-seeking military spouses: Use your resources.

That’s when she turned to RecruitMilitary.

Why did you use RecruitMilitary?

Being a career counselor, I knew that it was going to take me about six or seven months to find another position at our new duty station. When I found out we were going, I started the process early by looking at the job markets, seeing what was out there, and applying for positions.

I wasn't having a lot of luck, so I figured I would access my network of resources that I give to military spouses.

RecruitMilitary resources were ones I was literally “blabbing” about every day in appointments with soldiers and with military spouses! I decided to take my own advice and utilize the resources for myself.

Which of our services, specifically, did you use?

What was your biggest challenge in your job search and how did you overcome it?

I've done a little bit of everything, but I haven't become qualified or don't have the credentials for every little thing I can do.

The biggest obstacle was finding out that most employers are looking for people with more hands-on skills or credentials that back up their skillset, neither of which really apply to me.

I overcame that through sheer persistence and casting a broad net.

I did my due diligence, attended the career fairs, and worked with the other counselors to make sure my resume was well-written and adequately, effectively, and efficiently conveyed my skillset to employers.

How RecruitMilitary help you find your current role?

The experience working with RecruitMilitary was absolutely phenomenal. It was very simple. Lots of communication, which I really love. I was reminded often of the resources out there and the events coming up.

During one career fair (I think it was the very first one that I attended) I went to the [virtual] room for a small contractor company. At the time, none of the positions they had posted were applicable for my skillset. But I engaged, and they asked for my resume so I sent it over.

A month or so later, I got an email from one of the gentlemen that was moderating the room. Long-story short, that interview led to two soft offers during the interview at two different locations. One for my current duty station and one for the duty station I was going to. If it hadn't been for that RecruitMilitary career fair, I wouldn't have any offers.

What makes your company a good place for military spouses?

They are very easy to work with. They seem to be very accommodating for military spouses.

I agreed to start on one day, but I had to push it back due to PCS stuff and just being all over the place. They were very accommodating.

Do any skills you developed as a military spouse translate to your new role?

The ability to be flexible. Flexibility is a huge thing with military spouses. You have to be able to change your plans at a minute’s notice.

This applies to my position in that you have to go with the flow with a lot of these new contracts. [Many of these contracts] are just starting up. They’re in the crawl phase, so things are slow and change constantly. You have to have that flexibility and be able to plan for change, essentially.

What advice do you have for transitioning service members and their spouses during their job search?

Keep an open mind and to stay ready for anything. There's a saying: “If you stay ready, you don't have to get ready." Which is very true.

When I received the email asking if I wanted to interview, I actually had other plans. I wasn't prepared to interview, but I was flexible. I rescheduled some things, did the interview, and got the position.

Keep an open mind and always stay ready for whatever may come up. A connection that you made might come to fruition many moons later.

Connect with Employers who Value Your Military Background at the Military Spouse Virtual Career Fair on Thursday, May 5. Learn more & sign up here.

Ready to take the next step in your civilian career? Create your RecruitMilitary profile and start searching for jobs today.