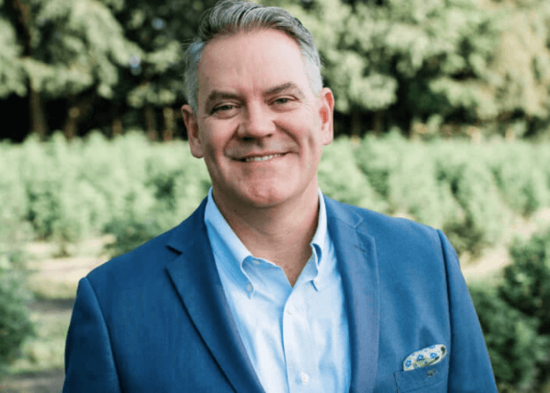 Keeley served as an officer in the Royal Australian Navy and became the first officer to be commissioned into the U.S. Navy (USN) from a foreign ally. For ten years he served on both active duty and as a reservist. “The USN was the best thing that happened to me in moving to the U.S.,” he said. He promoted quickly into seniority positions and deployed to Afghanistan twice.

First introduced to CBD in January of 2019, Keeley discovered a potential alternative to the seven prescription opioid medications he used to treat chronic pain, PTSD, TBI and anxiety incurred during deployments.

The CBD Keeley first tried didn’t work, and he later learned it was intended for dogs. He quickly realized that the industry was “the Wild West.” Unregulated companies marketed products of dubious quality and safety, most of which were imported from other countries.

The Birth of On Duty CBD

Through extensive research, Keeley saw a need for reputable sources. He vowed to find the best CBD in the U.S. Most CBD sold in the United States is imported or mass produced in factories with questionable quality control. Keeley partnered with a scientist at the University of Kentucky from a military family who knew about hemp manufacturing to create On Duty CBD. “We decided it would only work if we knew who the farmers were, and had chemists and doctors on the team,” he said.

Keeley launched several startups before founding On Duty CBD. Its products come from farms and cooperatives owned and operated by veterans. “We wanted veterans, first responders, law enforcement and nurses to be able to take CBD without having to worry,” he said. Within one month, On Duty had product in bottles and ready to go.

Keeley maintains that as long as someone possesses some “get up and go” and a vision, “You can make something work. It’s possible to build something from scratch,” he said.

Build the thing you wish existed

• Keeley believes in having a vision and a written strategy to lead that vision. On Duty’s mission is to put CBD into the hands of people who wouldn’t usually get it, especially hardworking Americans who serve their communities.

*Set yourself apart from the competition *

• What sets On Duty apart from its competition is that it’s vertically integrated, independently tested, and veteran operated.

• Knowing your market, your product, and your competitors’ product is key.

• The company expanded its product line with chewing gum, beard oil, instant coffee, and topical products. In January, they merged with a Louisville-based agricultural grow operation. The merger provided a state-of-the art facility and machines, and access to 200 acres of hemp that On Duty controls exclusively. “It’s the next step for us,” said Keeley. “We plant, grow, harvest, extract, bottle, and distribute our own hemp. We can now say, hand on heart, that we are entirely vertically integrated. Very few companies can claim that.”

*Nothing worth doing is easy *

• “Make sure it’s something you believe in, and if at first it doesn’t work, do it again.”

Listen to the podcast and subscribe to the Veteran Influencer Podcast on Apple Podcasts or Google Podcasts. Check out our bimonthly print and digital magazine Search & Employ for more articles and content.