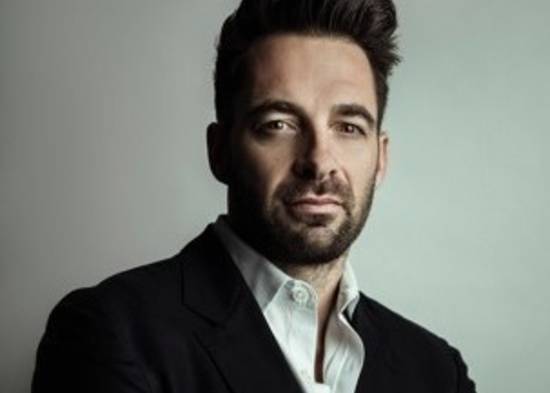 The biggest challenge facing transitioning veterans face isn’t finding a job, it’s a loss of purpose. Matt Hesse wants to change that through the FitOps Foundation, a non-profit that trains and certifies veterans as elite personal trainers, and delivers purpose and community through fitness.

Hesse credits the Army for providing a home, structure, discipline, and father figures who taught him leadership and the value of accountability. “It crafted me as a young man and made a lasting impact,” he said. After serving as an infantryman, Hesse launched a successful career manufacturing and marketing health and wellness products.

Hesse’s mission was “born out of necessity to help people I cared about,” he said. Many veterans miss the military’s physical mission, which builds teams, camaraderie and support, as well as mental testing through physical exertion. The void left by the loss of structure and one’s military family is what Hesse hopes to fill through FitOps.

“It’s hard to come out of a ‘heroic’ role, and infantry guys are some of the people I see get lost the most,” he said. “Infantrymen have the biggest challenge because of their skill set. If you’re not an officer and you haven’t been trained in some of the upper levels of leadership, you might have been a door kicker. You might have excelled in your role, but when you get into the civilian world, there aren’t doors to kick in anymore.”

Veterans are tailor-made for careers as personal trainers, according to Hesse. “Veterans have at least four years of experience in physical accountability, so they come in with ‘understudy’ experience,’” he said. FitOps participants learn to embrace the role fitness can play in someone’s life. “A lot of times your inability to push your body comes from an inability to push your brain. The best trainers are the ones who know how to get inside of your brain and inside your heart to motivate you.”

FitOps offers a holistic approach that goes beyond just certifying trainers. For those still “thawing out” from time in a combat zone, FitOps guides veterans as they make mental and emotional breakthroughs and helps them to decompartmentalize their emotions. The supportive environment rebuilds participants once they’ve broken down those barriers.

During the nine-week program, participants learn to create social media profiles, build resumes, and interview. Mentorship continues with a network of alumni and successful fitness professionals. Although there is no monetary cost to attend FitOps, Hesse asks participants to “pay it forward” by holding a fundraiser or mentoring other veterans in their communities.

The next mission for FitOps is building a home base in Arkansas. Hesse hopes to eventually graduate up to 4,000 veterans annually and add course offerings.

For many participants, FitOps recreates an environment of military camaraderie. “To see that bonding at camp is just epic,” said Hesse. He encourages graduates to return to their employers and start corporate wellness programs.

“Think about what makes you who you are and what makes you tick inside, from a purpose perspective,” Hesse said. “If you are in the military, you get pride form serving people. Find a career that allows you to serve people so that you can live your daily life and be proud of what you do.” Want to hear more? Listen to the Bradley-Morris podcast here.