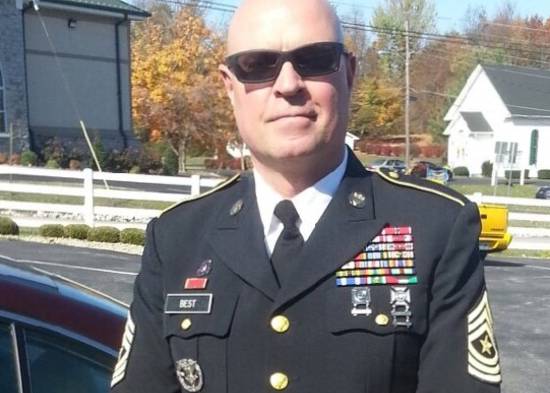 David Best enjoys hiring veterans and military spouses at Humana. He and his team have figured out how to successfully navigate virtual job fairs to find employees. Best spent 32 years on U.S. Army active duty. He served in tanks and armored vehicles, as a career counselor, and earned a graduate degree and Lean Six Sigma Black Belt. He retired as a Sergeant Major (E-9), and worked as a re-enlistment NCO to encourage his fellow soldiers to continue in the military, a role one must be invited to apply for in the Army.

Best began his time at Humana working on a platform migration project and then as an assistant program manager for a lean startup using agile project management (PM) methodology. “Networking and having my Lean Six Sigma Black Belt certification helped me get in at Humana,” he said. Some of his Lean Six Sigma colleagues landed Humana post-service and kept him abreast of openings.

Being an active member of Humana’s Veteran’s Network Resource Group helped Best discover and apply for his current role, which played to his career counseling strengths. “It’s my dream job. I’m happy I can get up every day and serve the military community, and it gives me the opportunity to learn and to continue to be inspired every day,” he said.

Humana has successfully used RecruitMilitary’s virtual job fairs to find employees. “It’s a new avenue for us, and it affords so many possibilities,” Best said. “The virtual events covered 18 states, so we were able to expand who we were talking to.”

Best favors strength in numbers for best results at a virtual career fair. “You have to be prepared for a lot of people,” he said. “There’s so much activity going on during these events, and it can’t be handled by one or two people, no matter how ambitious you are. It’s important to reply to candidates as quickly as possible in that environment.”

Preparation is the key to Humana’s success in maximizing all the benefits these virtual events offer. Best and his team of six recruiters meet ahead of time to walk through the website hosting the fair. Best wanted to give veterans lots of reasons to stay in Humana’s virtual booth. He created a resource package of downloadable resume templates and tips, an explanation of the hiring process, and a spreadsheet of open roles within Humana connected to hot links. Humana's booth also featured a slide show about what hiring managers really want to see on a veteran resume.

Best often works as a go-between for veteran applicants and their spouses. He helps recruiters navigate the often-confusing world of military occupational specialties (mos) and jargon. “Many veteran resumes may list duties that can get lost in translation. I give a heads-up to a recruiter and explain the civilian counterpart,” he said.

Best believes veterans fit well into the company culture at Humana. “We have a family environment here like the military, with shared values and similarities. One of the things I love about Humana is that we all push toward a common goal, which many veterans valued the most during their service,” he said. “Veterans thrive here because they are used to being taken out of their comfort zone. The military trains people in specialized roles, but also puts them in foreign places doing things from sourcing water to resolving conflicts. That infuses veterans with the confidence they need to lead and do the right thing. From there, they can take on anything.”

Just as companies prepare for virtual career fairs, so must veteran candidates. Best advised, “Learn something about the companies before going into a booth. Then you can lead with something like this statement: “I’ve been researching Humana and I see you do a lot of project management work. I do that type of work now, and it’s something I’m interested in continuing. What would it take for me to do that at Humana?”

Get the inside scoop on veteran hiring. Subscribe to our monthly newsletter.