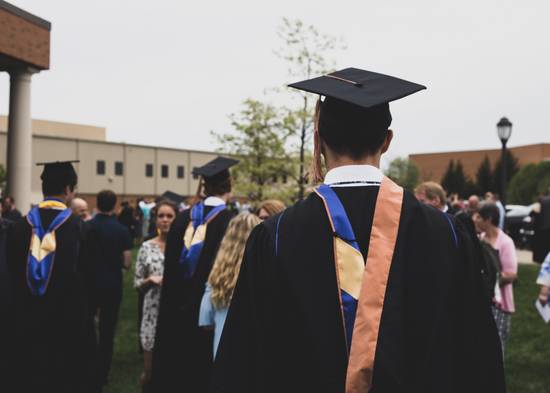 Of the more than 200,000 veterans transition out of military service each year, many want to further their education. Now that Forever G.I. Bill benefits do not expire, veterans have an extended time in which to take advantage of post-secondary education. What’s more, veterans are set up for success because of their intangible skills and work habits.

Focus, discipline, confidence, and self-reliance are a few key traits that can distinguish veteran students from their contemporaries who have not served, according to one Marine. “The Marines taught me a lot about not giving up, and how to devote more time to something if it’s not working the way you want it to. That helps in school,” he said.

The 2014 Million Records Project, an initiative of the Student Veterans of America, explored the postsecondary academic outcomes of nearly one million student veterans who initially used Montgomery and Post-9/11 GI Bill benefits, including postsecondary completion rates, time-to-completion, level of education, and degree fields.

At both two- and four-year degree levels, most veterans who graduate do so within four and five years respectively—a rate similar to the traditional student population.

Similarly, most veterans graduate from public schools (71.7%), with 15.5% graduating from private nonprofit, and 12.9% from proprietary schools. Based on the sector of initial enrollment, the private nonprofit sector had the highest student veteran graduation rate (63.8%), though 21.6% completed their degrees at a public or proprietary institution.

Nearly 9 out of 10 (89.7%) student veterans initially earned degrees at the associate level or higher. And many go on achieve higher levels of education. A high percentage of student veterans pursue degrees in business, public service, health, science, and engineering.

What Do Veteran Students Need?

In many ways, veteran students need exactly what traditional students are seeking: an education to set them up for success in their careers, and justification for their college investment.

After serving diverse and challenging climates and given leadership responsibilities at even the earliest levels, veterans tend to be more mature and experienced than their fellow students. This difference can often leave them feeling isolated and in need of a community of their peers who understand what they have been through.

A place for student veterans to gather can serve as an important rallying point. “We want other student veterans to walk in and feel like they are in a safe place with others who share a common bond of service, like a brotherhood or a sisterhood,” said one veteran who served as an assistant house manager for his on-campus veteran house.

To learn how to attract more veterans to your campus read our whitepaper: Reaching the Student Veteran: An Educator’s Guide.