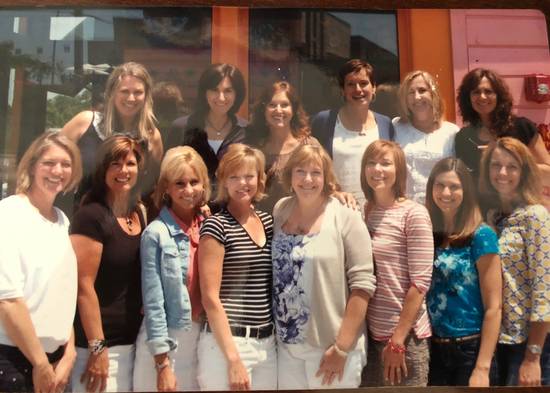 Beginning in 2003, Drew initiated an effort to hire more women, although several women were already working at RecruitMilitary. “I knew a lot of smart, highly-educated women whose family commitments precluded their working full-time. They did lots of organizing and volunteering in their communities but needed flexibility in their schedules. So, we began to hire them for part-time roles, where they could come in or work from home.” he said. He began to hire them, and they recruited their friends. Those hires would eventually number more than a dozen female employees working across all aspects of the company, and constantly evolving into bigger roles.

Karen Galvin, who holds an MBA in marketing from Miami University, was the first such hire, joining RecruitMilitary in January 2004. As RecruitMilitary transitioned their business from contingency to career fair events in early 2006, Galvin served as the Director of Events, Logistics & Marketing. “I never worked harder. It was like guerilla force marketing. We had no budget, but the mission was easy to sell: hire vets. Who can say no to that?” She went on to serve in many more roles with the company before earning her current role as Vice President of Process Improvement.

Jeanne Buse, the second such hire, joined RecruitMilitary a few months later and quickly put her MBA in finance from Xavier University to work. “Drew wanted someone to take over some of the accounting work. I think the first year I was there we had about $600,000 in sales,” she recalled. “We began to grow so fast that soon our sales were in the millions. I think I was the first person in the history of the company to get paid overtime!” After many years in her role as accounting manager, Jeanne joined the sales team and now serves as Sales Director, Central Region.

Mary Beth Miller onboarded in 2006 and replaced Karen as the military influencer. With a master’s degree in human resource development. She went on to develop and manage a career fair survey that helped both the sales and career fair production teams hone in on areas needing improvement. “When I first started, there were three women working part-time. We hired even more women over the years and now many of them have moved into expanded roles within the company. That makes me proud,” she said.

“As the manager of RecruitMilitary’s survey program, I’m lucky to receive direct feedback from veterans on how our events have impacted them, and often, changed their lives. On a daily basis, I see proof that what we are doing makes a difference. I wouldn’t trade my job for anything!” she said.

“In a lot of ways, we were like our own talent acquisition department. If there was a need at the company, we’d refer our friends,” recalled Katie Becker, an attorney who was hired in 2007. “It became kind of a cool thing around Loveland to work at RecruitMilitary. We were all-in with the company’s mission and purpose, so much so that we were pretty selective about who we’d recommend if there was an opening.”

Dana Kenyon began in the accounting department in 2008 and moved to the marketing department two years later to work on military influencer outreach. “The mission of the company and feeling like my contributions mattered have brought me back to work for the past nine years,” she said. “I had flexibility, proximity to home, a great mission, and great people to work with. I’ve built some lifelong friendships here.”

“It was easy to see that if these women brought in other people they liked to be around, the whole place would be more productive and enjoyable. I worked hard at giving people chances to move into other jobs inside the company,” Drew said.