Business Lessons Learned: Observations from a CEO and Veteran 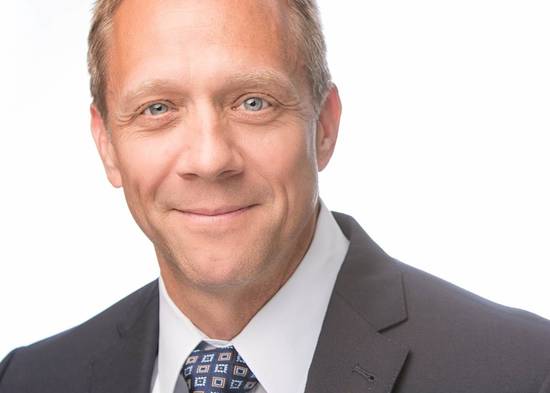 Tim Best understands what it takes for veterans succeed in the civilian workplace. As the CEO of Bradley-Morris, Inc., the country’s leading military recruiting firm specializing in transitioning military and veteran talent, Best is responsible for leading Bradley-Morris to achieve both its near- and long-term performance goals. Prior to his current role, Best served as COO, SVP client services, regional operations manager and candidate recruiter.

Best served in the U.S. Army as an aviator in the 82nd Airborne, logging time in the AH-64 Apache and winning two Top Gun awards. He also served in the Special Operations Aviation Unit, Task Force 160, flying the AH-6, becoming one of the youngest mission-qualified pilots in unit history. Best graduated with a degree in business administration from Embry-Riddle Aeronautical University.

As a transitioned veteran himself, Best looked back on some of his military experiences and related how they apply in the business world.

Feeling Like Part of a Team Helps People Strive for Excellence

In the military, every outstanding unit took real pride in being the “best unit in the battalion.” The commander and all the leaders below them brought a real sense of teamwork to everything, and competition was at the center of all activities. Best noted that it mattered to be considered “the best,” especially when it came to the little things. “In the private sector this matters too,” he said. “People want to feel like their team, department, company, etc. are the best in their field, and they take pride in that. What I learned in the military, though, is that this dynamic doesn’t happen by itself. It takes the leaders in the organization, at all levels, communicating this sense of pride in being the best continuously and fostering this environment in everything they do.”

Work Ethic Matters, and Veterans are Accustomed to Giving 110%

When Best joined the military’s special operations community, he quickly realized that one of the key separators of the professionals in that world was their work ethic. He recalled almost a ‘silent competition’ to see who could work harder and longer than the others. This work ethic wasn’t meant to waste time, it was to become better, and was ALWAYS focused on accomplishing the mission.

“One time early in my career as part of this particular military community, we had been going for about 12 hours straight and one of my teammates made the comment that we should stop and try to grab dinner. My supervisor, frustrated that we hadn’t accomplished what we needed to yet, reminded my teammate that he didn’t actually ‘need dinner’ and that he would survive for a few more hours. While this was funny in some ways, the truth is that mentality of ‘mission accomplishment,’ even when it meant sacrificing basics like delaying a meal, is a real separator for superstars in both the military and private sector.”

Change is Constant, and Explaining the “How and Why” is Critical

In the military, if something stays the same for too long, it starts to feel uncomfortable. Service members are constantly moving to a new base, changing roles, and deploying to different locations. In the private sector, change is also constant, especially in organizations striving to be “green and growing,” and that are always looking to improve.

Best used Bradley-Morris, Inc. as an example of how to successfully weather change. The company acquired Ohio-based RecruitMilitary in October of 2016, making the combined entity the largest military recruiting company in the U.S., offering employers access to more than one million military job seekers via services that include contingency recruiting, military job fairs, employer branding, a military-based publication and more.

“Our company has been through constant change and continuous improvement over the past two years, and the organic culture we have in our organization has helped us push through the change much faster than many organizations would have been able to accomplish,” he said.

"One lesson I’ve learned in the private sector that has been particularly effective is that communicating the “how and why” behind the change is extremely important. The military teaches this concept as well, but I personally learned this lesson more specifically in the private sector. When employees understand the “how and why” it makes the change easier to implement. It doesn’t have to be hard, just simply explaining why decisions were made to move the growing organization can ease employees’ minds," Best concluded.