“Continue to serve our beloved country.” 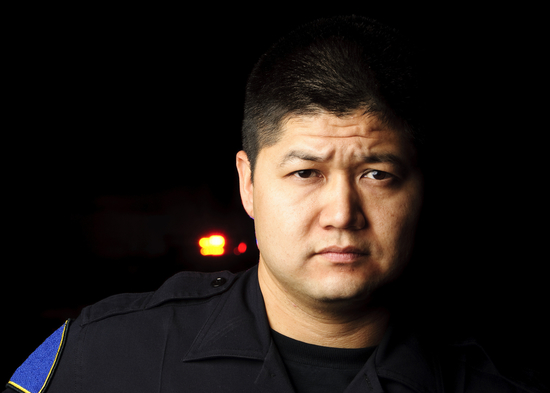 The City of San Diego is California’s second largest city in population with over 1 million inhabitants. The city has a mild climate with access to beaches, lakes, mountain ranges, and deserts.

The San Diego Police Department runs four police academies a year, with about 50 recruits attending each. The department offers more than 40 job assignments, specialized positions, and opportunities to advance careers.

The men and women of the department know that it takes an exceptional type of individual to put personal interests on hold and serve the nation abroad. They understand that individuals who serve in the military abide by the guiding principles of honor, integrity, loyalty, trust, respect and justice. To serve in the military, one must have determination, resilience, a strong work ethic and uncompromised commitment. Veterans and active duty military personnel, by and large, already have the high moral character and strong work ethic that are critical for the effective and just enforcement of the city’s laws.

Officer Taerance Oh served in the United States Marine Corps from 1997 to 2001, most recently as a sergeant. His main responsibilities in the military were as an anti-tank assault man. Now Oh is a Police Officer II, and works as a Police Academy training officer.

He started working at the San Diego Police Department in 2003. During his police career, he has worked on the Central Division Patrol, Central Division Neighborhood Resource Team, Vice Unit, Gang Unit, and SWAT.

Oh understands that his military career helped him get his job with the SDPD. “My service in the Marines made me a more viable candidate,” he said. “The basic skills as I learned as Marine helped me get through the Police Academy physically and mentally.”

Oh found a lot of similarities between the military and a big city police department. “The San Diego Police Department is a paramilitary organization,” he said. “There are several veterans and active reservists on our department. Like the military, there is strong brother/sisterhood. The camaraderie is great, and we always strive to work as a team. Having military experience makes it an easy transition to the San Diego Police Department.”

He said that servicemembers and veterans should never get discouraged. “Don’t give up,” Oh said. “There is something out there for you. Whatever career you follow, always strive to be the best and lead by example.”

College degrees also help, so Oh encourages servicemembers and veterans to take advantage of any schooling opportunities. “Continue with your education,” he said. “Within two years of working as a police officer, you will be paid more for having your college degree. Also, having a degree will make you a more viable candidate for promotion to sergeant, lieutenant, captain, and more.

“This career is very rewarding. If you want to continue to serve our beloved country and genuinely help others, then being a police officer is the best career for you.”