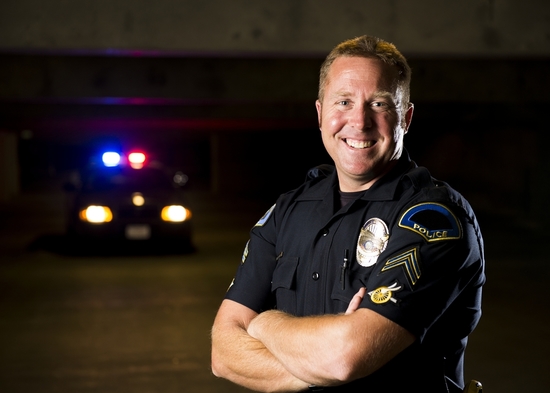 The New York City Police Department (NYPD) has police officers worldwide, but its main focus is servicing the five boroughs of New York City – Manhattan, Brooklyn, Staten Island, Queens, and the Bronx. The department’s headquarters are in lower Manhattan.

The NYPD is approximately 35,000 police officers strong, and has more than 20,000 civilian employees. The department has 300 specialized units, roughly equivalent to different Military Occupational Specialties.

Veterans returning from active duty have long received preference in certain areas of the hiring process. According to the NYPD, they have proven to be great employees. They tend to have excellent judgment, dependability, decisiveness, organizational skills, and integrity; and they take pride in belonging to the department. Transitioning from a military organization to the NYPD is a smooth process because the NYPD is a paramilitary organization that is very similar to a military unit in size and scope.

The NYPD offers many opportunities for advancement. Personnel can take Civil Service promotional exams for advancement to sergeant, lieutenant, and captain. All promotions to ranks higher than captain are by appointment by the police commissioner.

James D. Browning is a retired master sergeant with 21 years of active duty and four years of reserve time with the United States Marine Corps. He began his military career as a Hawk Missile Operator, dealing with radar systems and surface-to-air missiles. He also spent 14 years of his military career in the recruiting field.

Browning worked as a line recruiter, and was honored as a recruiter of the year. He worked as noncommissioned officer in charge (NCOIC) of three large recruiting substations. He led the Station of the Year and was NCOIC of the Year on two occasions. He also served as the recruiter instructor for Recruiting Station New York twice.

Browning is now a police officer for the NYPD. He serves as the military liaison for the Recruitment Section. He has been with that unit for over 10 years.

He joined the NYPD 1995 as a 40-year-old rookie in June; he was the oldest recruit in the Police Academy. After graduation from the academy, he was assigned to the 1st Precinct in lower Manhattan He served as a community police officer (CPOP) there.

As an added bonus for joining the department, Browning was able to buy back 700 days of his military career, giving him two years to add to his NYPD time. The buyback enabled him to go over 20 years of service with the NYPD as of July 30, 2013. He is able to retire at any time.

Browning has this advice for those who are still serving in the armed forces: “First and foremost, become totally proficient at the job you joined to do in the military. Gain as much experience and extra training in your MOS as you can get. Make sure you learn the job and responsibilities of all the members of your immediate unit or squad. This will give you a well-rounded background that will allow you more options to choose from when you enter the civilian job market.”

He was able to use the skills he learned as a Marine Corps Recruiter in his work as an NYPD Recruiter. “The skills I learned in the Marine Corps, especially while on recruiting duty, made my transition to recruiting for the police department much easier and extremely successful,” he said.

Browning said that having a positive attitude will also open doors. “The attitudes and personal characteristics that I acquired in the Marine Corps are the same ones that I implement on a daily basis with the NYPD,” he said. “The can-do attitude and positive outlook in all situations are some of the traits that come second nature to me now. After 25 years of total military service and using these traits, I don't even have to think about them. They are instilled in me.”

Browning believes that the NYPD is one of the best places veterans could work after leaving the military, especially because the department recognizes contributions by the veterans while they were in the service. “The NYPD is a great place for veterans because it allows them to capitalize on their service to the country,” he said. “For example, veterans are allowed to buy back up to three years of their military time if they have served in a conflict and have earned an expeditionary medal as well as certain other medals while serving. Veterans can also get five points veteran's credit when taking the Civil Service Exam for hire on the department. Veterans are allowed two extra days off from work – Veteran’s Day and Memorial Day.”

He advises veterans to keep their options open. “The advice I would give to anyone leaving military service and entering the civilian job market is to take every exam for hire with different agencies as possible,” Browning said. “Give yourself as many options as possible. Make sure you have a professional resume made up prior to searching for employment. Always keep a positive outlook and don't downplay your worth and abilities. You are the best spokesperson for yourself. Always show self-confidence and enthusiasm.”

As for joining the NYPD, Browning said to start early. “I would advise any transitioning veteran that is looking to get hired on the NYPD to take the exam for hire as soon as possible during your active duty military service or career,” he said. “The score from the exam is kept on file indefinitely for active duty military as long as they are on active duty with no break in their time. Even if a military person stays on active duty for 20 years, those test scores will still be able to be used for hire as long as proper notifications are made every time you reenlist or extend your contract.”