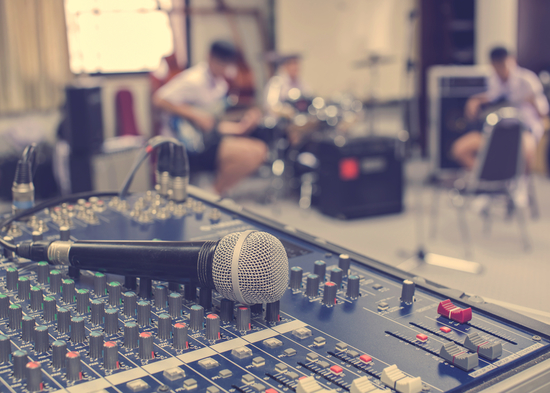 Heil Sound has earned a solid place in rock and roll history. Its founder, Bob Heil, a sound and radio engineer, has created touring sound systems for rock legends including The Grateful Dead and The Who. Heil Sound was the first manufacturer invited to exhibit at the Rock and Roll Hall of Fame, and was among the first American companies to create and install home theatres.

Heil Sound added Marine Corps veteran Derek Goodman to its ranks in 2014, and that partnership is still going strong. When Sarah Heil, president of Heil Sound, needed an employee to work in the company warehouse, her search led her to RecruitMilitary, where she sent a targeted email message to select veterans in the company’s database of registered veteran job seekers. Goodman responded to the email, and described his military and post-military experience. “We invited him to interview, and the rest is history,” said Heil.

What made her seek a veteran for this job? “Veterans are disciplined and well-rounded,” she said. “The military has given them the ability to think on their feet and to be problem-solvers. Also, because we are an international company with dealers all over the world, it helps that many veterans are well-traveled. Veterans have done so much to protect our freedoms, and have made so many sacrifices. Deciding to look to the military for our hiring needs is our way of giving back.”

“Derek came to his interview dressed to the nines, on time, and with additional copies of his resume,” said Heil. “All three of those things are on our ‘watch list’ in determining interest in a candidate. He was interesting to talk to, and spoke about his music interests, which is a great fit for what happens at Heil Sound.

“It was clear from the start that Derek had been on our website, had studied our organization, and knew exactly what we did. He also presented himself as a hard worker with organizational skills, which are very important to our work ethic. And speaking of a work ethic, we quickly learned that Derek has a great one. He also has a background in music, and since Heil’s Pro Division is all about music and the music industry, that was a very valuable plus,” Heil added.

Two things have always been in Derek Goodman’s blood: The Marine Corps and music. He reported to boot camp just two days after his high school graduation. “My dad was a Marine,” he related. “As a kid, I always dressed up in his uniform at Halloween. I just knew I was meant to serve my country.”

He spent four years in the Marines before getting out in 2002. During his service, he managed a transportation support battalion that housed more than $100 million worth of equipment. He was later promoted to quality control officer, giving him inventory and accountability experience. Music has been a lifelong passion of Goodman, who began singing, playing drums and guitar at the tender age of six. He earned an associate’s degree in recording engineering and used his GI Bill benefits toward a bachelor’s degree in business management.

Skills learned in the Marines continue to serve him well in the civilian marketplace: attention to detail, work ethic, and punctuality. “I always arrive for everything 15 minutes early. It’s become a source of amusement for my new boss. I’m always in the parking lot waiting for the building to open. The Marines taught me, “If you’re not early, you’re late.”

Goodman did his homework before his interview. “I had heard of Heil Sound,” he said, “and I own a talk box. I looked more closely at it, and realized it was made by Heil Sound – and so were some of my microphones. I mentioned that in my interview, and they got a kick out of it.”

Two hours after his interview, he landed the job. “It cannot be this easy,” he thought. But it was.

Today, Goodman puts the finishing touches on microphones after their preliminary build, and then packs and ships them. The recipients of his packages include some of the world’s most renowned popular musicians. “I just sent some microphones to Pharrell Williams and Slayer,” he said. The work ethic he learned in the Marines is still with him, and so is his attention to detail. “Before I send something out, I want to make sure it’s all squared away. It has to be perfect for the customer.”

“Working at Heil Sound has been amazing,” said Goodman. “Things couldn't be any better. Since I started in 2014, I've gone from part-time to full-time. I’ve had three promotions with pay increases, along with three bonuses in the time that I’ve been here. I'm making more money than I've ever made and have found a career that I love.”