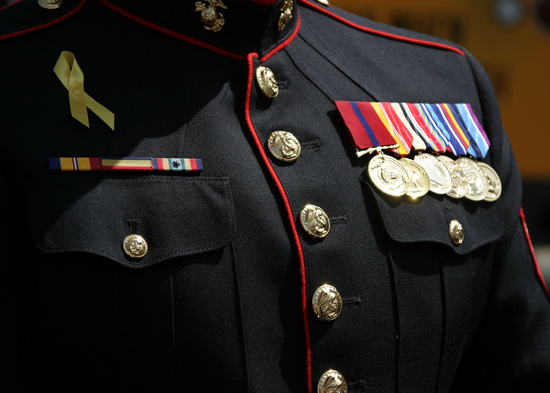 What's the Difference Between Enlisted and Officer Ranks?

In a nutshell, enlisted soldiers are the backbone of the military, comprising about 83% of the armed forces. Enlisted service members are responsible for completing military missions and carrying out orders. Officers act as managers for those soldiers, planning missions, giving orders, and assigning soldiers to tasks.

Every year, more than 180,000 people enlist in the armed forces, and nearly another 20,000 become officers. Both enlisted and officer ranks provide rewarding career experiences, educational and training opportunities, and competitive compensation.

What does Enlisted mean in the Military?

To be “enlisted” in the military, means that an individual has successfully gone through the process of becoming a service member and has taken an oath of U.S. military service. The enlistment process will usually begin with speaking with a military recruiter and visiting a Military Entrance Processing Station.

Incoming enlisted service members must pass a physical examination and the Armed Forces Vocational Aptitude Battery (ASVAB), which will help to determine which family of jobs, or MOS they are best suited for. To complete the enlistment process, prospective soldiers are then required to take an oath of enlistment, complete Basic Combat Training, complete Advanced Individual Training, then they will be assigned a job within a unit.

But what do enlisted service members and officers do? Having the knowledge of the differences between enlisted personnel and officers helps to connect the dots of how the Military works.

Officers typically do the following jobs:

These jobs all require intensive training that develops skills that are highly transferable to civilian employment.

In order to become an enlisted service member in the U.S. military, it is required that applicants have completed their GED or high school diploma. Once enlisted, many enlisted service members will train for jobs and learn skills and get hands-on experience in fields of employment such as transportation, human services, office administration, or mechanics. These skills learned during their time in the military will usually prove to be an asset to veteran job seekers as this experience transfers well to civilian employment.

Officers in the U.S. military are almost always required to possess a four-year degree or equivalent. Many colleges and universities have Reserve Officer Training Corps (ROTC) programs on campus, which allow cadets to have the benefit of receiving a paid college education in exchange for their commitment to serve as officers in the Military after they graduate. Within the military, Officers act as managers and are placed in leadership positions that involve making tactical decisions, planning and directing operations.

Can an Enlisted Person Become an Officer?

Another way that enlisted personnel can begin transitioning to an officer title would be through promotion and training to a Warrant officer title for technical expertise. Enlisted service members can also be promoted through the ranks by their superiors to a noncommissioned officer (NCOs) title where they would have officer-like authority and be provided additional training.

What is the Difference Between Enlisted and Officer Ranks?

To get a better idea of how each segment is organized, download our Guide to Enlisted and Officer Ranks for a handy reference that outlines enlisted and officer ranks, with detailed information that will help you better understand the level of experience and responsibility for each rank. Next topic: Best Practices for Interviewing Veterans