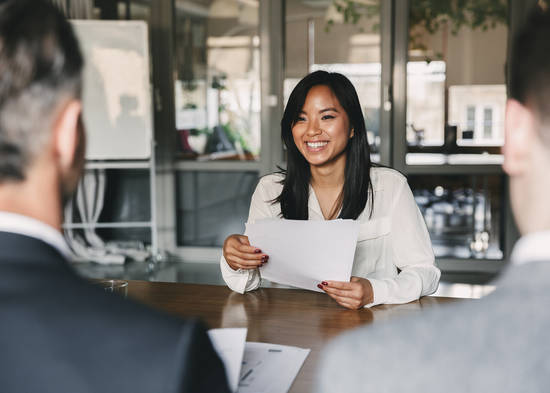 Is your organization feeling the strain of the Great Resignation? Perhaps morale and productivity are down, and you need to inspire your workforce. Or maybe you need a few good hires to come in and hit "reset" on stale standards and attitudes.

By hiring the right veteran(s), you can make a positive impact on the entire organization.

At RecruitMilitary, we regularly get feedback from employers who have discovered this phenomenon. When companies hire military leaders, they build strong company culture.

1 | Veteran leaders work to standard, not to time

In the military, a good unit will focus on mission accomplishment. They have the mentality to get the job done right the first time, no matter how long it takes.

That’s not to say that the timeline doesn’t matter. But when hiring from the military for leadership roles, you can expect high standards. Better yet, you might see that mentality begin to spread.

I remember one company who had hired an entry-level technician supervisor through our services. This individual was a team leader for some younger technicians but was still a hands-on technician.

This person came in, and ensured their team followed all the right maintenance procedures, and that they were getting the job done. Some days were easier, and the team could leave early, but some days required the team to stay until the job was complete.

Due to this person's leadership, the team moved away from an attitude of revolving around the 8-5 schedule to saying, "No, it's about getting that piece of equipment fixed."

2 | Veteran leaders have a high tolerance for “pain”

Just ask anyone in their first week of boot camp. Your experiences condition you. Normal versus extreme are different for different people. Military training is physically and mentally uncomfortable with the goal of setting high endurance.

For example, many career fields in the military involve extreme training scenarios where service members learn that their minds and bodies can endure much more than they previously thought, and how to push themselves to mission accomplishment. Schools like SERE (survival, evasion, resistance, and escape), Ranger School, and Special Forces Assessment & Selection are great examples of these.

Hiring someone who brings that endurance and mission-focus can energize a team. Sometimes a new standard can help team members realize that they can be more flexible. They could put in a long day, if necessary. They can put in a few hours on the weekend, if necessary.

The attitude of “go hard or go home” is infectious to people who want to push themselves. And to see somebody actually doing it creates credibility and sets an example.

In the military, there is a friendly, but competitive spirit. Even at the company or branch level, it’s about winning with your team.

We placed a JMO (junior military officer) into a team leader role at a manufacturing company where there were about 12 different teams rotating through different shifts. Six months after the JMO was placed, the teams had created competitions on all of the productivity areas.

They put up a whiteboard to track the productivity for each team. It was the JMO’s idea, and the plant manager said it was the best impact on production he'd ever seen.

This JMO made it fun to be at work, and the entire production team benefitted from it.

When looking for people who will make a positive impact on your company culture, look no further than the U.S. military.

Tim Best is CEO of Bradley-Morris and RecruitMilitary and a U.S. Army veteran.